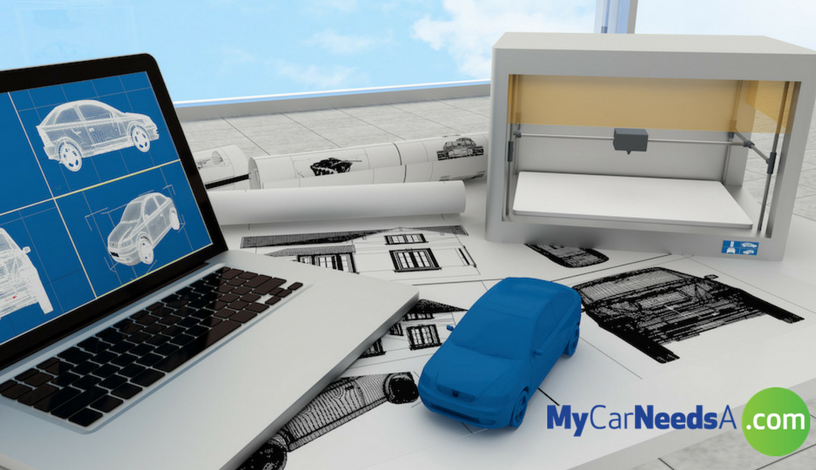 Do you remember the late-1980s and early-90s? Derided by some as a time when good

taste took a back seat to flamboyance and self-expression, it was also a period when the car industry was overtaken by the trend for individuality in everything it made.

For the first time, the young generation was very much in charge of what it wanted from the cars it drove - and in many cases, that was something which reflected the owner’s personality and was a statement to others about the image they wanted to project.

Customisation became a massive business, with even magazines such as Revs and Fast Lane being dedicated to the world of modified cars and month-in, month-out showcasing the painstaking work some owners had carried out on their beloved steeds.

But the cult of car modification started to be seen by many outside its tightly-knit circles as a sign that the owners were subversive characters, whose cars glorified speed and power.

And as many of the original generation of Revs magazine-reading car-owners grew up, they got married, had kids, and with their new responsibilities came the need for something a little more practical parked outside the house.

The realisation that driving a souped-up car also made you a target for both law-makers and law-breakers also drove many who had dreamed of owning a truly individual car to tone down their ambitions and, rather than spend vast sums on creating their own individual car, came to appreciate the merits of toning down their expressions of their individuality.

To a large degree too, car customisation has come full circle, as manufacturers exploit advances in technology to enable them to produce cars which are available in a wide range of different colour and trim combinations, with Fiat’s 500 and the Vauxhall Adam (catchline: ‘Every one’s an original’) making a major selling point of the huge range of configurations and colour schemes on offer.

So with the desire to own as individual a car as possible having gone decidedly mainstream, it would appear that the market for body modifications and all the paraphernalia which goes with it has run its course.

A new initiative has been announced by car manufacturer Daihatsu and 3-D printing company Stratasys which will enable owners of the Japanese manufacturer’s two-seater Copen sports coupe to specify and order new body panels for the car.

The Copen was designed with the capacity for swappable body panels, as part of its original, innovative USP. But the fact that the manufacturer is investing in ways of harnessing the capabilities of 3-D printing for other models in its range shows that the technology could have far-reaching implications for the whole replacement parts sector.

Daihatsu is currently only dipping its toe in the water of this idea, making available a selection of body panels - or what it calls ‘effect skins’ - in a choice of 15 patterns and 10 colours. But thanks to the flexibility offered by 3-D printing, the time taken to produce individual parts to customers’ own patterns can, the manufacturer claims, be cut from months to just a few weeks.

Expected to hit the market next year (2017), the range will initially consist of a range of new bumper and front-end designs. And given the ease of manufacture which Daihatsu is claiming, it won’t be long before rival manufacturers get in on the act.

While this kind of individualisation is likely to remain a niche market, however, lots more replacement body panels and car parts are bought and fitted out of necessity - for instance, to replace bits damaged in accidents.

Meanwhile, the market for replacement car body panels is being shaken up here in the UK with the publication by car parts distributor Euro Car Parts of a comprehensive new guide for bodywork specialists on how to replace rust-ridden body panels.

Fitting new panels is invariably a more long-lasting way of tackling rust than cutting out the affected area and patching up using body filler - the time-honoured method used in many workshops. But repairers have to take care to carry out a sound fitting job, removing and replacing not just the affected parts and panels, but paying close attention to whether the problem has spread to adjacent areas.

By offering specialists the prospect of having access to a wide range of car body parts which can be precisely designed on a computer, then printed using the latest 3-D technology, it’s thought the innovation could shake up this important aftermarket sector.

The ASA thermoplastic from which Daihatsu is making its panels is designed to be resistant to minor knocks as well as discolouration from exposure to direct sunlight. So the looks of your car shouldn’t betray the fact that you’ve had a new panel fitted, even several years after the event.

Meanwhile, Euro Car Parts’ repair guide runs to 84 pages, and includes parts and instructions for repairing vehicles from many of the biggest manufacturers, including Ford, Honda, Renault, VW, Toyota and Nissan.

The guide, and the range of parts available, are also being continually expanded with the addition of new models.

If the use of 3-D printing really gets a foothold in the sector, it holds out the prospect of huge increases in efficiency, and as a consequence, reducing the cost of repairs, according to Stratasys, the company which has worked with Daihatsu.

It’s still much too early to tell just how big the impact of this technology will be, and how it will change the car and body repair and parts replacement market. But it’s a fair guess that this could easily be one of the most exciting areas in which 3-D printing technology could be successfully applied.

What do you think about the possibilities offered by 3-D printing for transforming car repairs? And would you trust a part made in this way the same as by conventional means? Let us know on our Facebook page.