Why Are Smart Car Repairs So Smart? 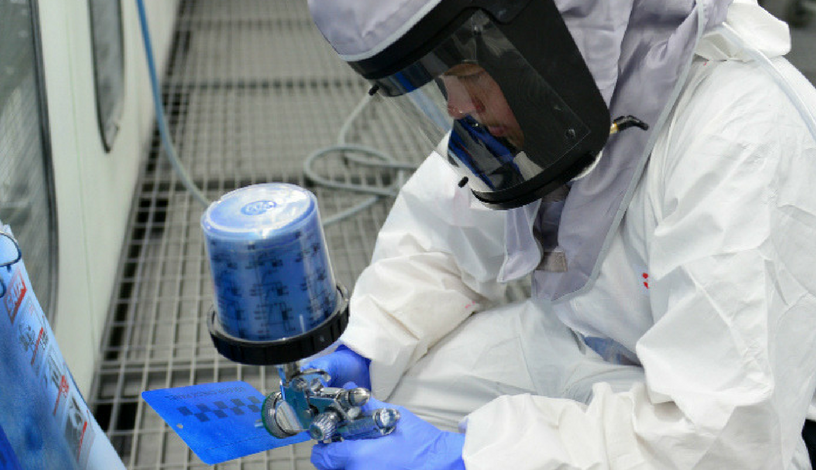 It’s tough out there on the roads, and as they get ever busier, it’s so easy for your car to pick up a minor knock or two.

Ordinarily, if you glance a barrier in a car park, or reverse into a bollard, you might expect to have to go through the rigmarole of making an insurance claim, waiting for it to be approved, and then having to manage without a car for a few days which their approved bodyshop carries out the works.

And while you know that you’ll get your vehicle back minus the damage and fit to take on the world again, there’s the hassle of dealing with your insurance company, and possibly the loss of your no claims bonus to deal with.

By the same token, dealing with such small dents and scuffs has got a lot more sophisticated in recent years. It used to be that you’d get a friend to help you knock out the warped panel - if you were lucky - and would then buy a can of touch-up paint and use it to cover over the scratches.

And that’s all well and good for as long as you own the car and keep it running - but you might find that a piecemeal repair comes back to haunt you when you’re looking to sell the car and need to get it into as good a condition as possible to stand a chance of maximising your trade-in value.

That’s why a little time and extra money spent attending to knocks and scrapes as soon as practicable after they happen can prove a wise investment.

It’s especially the case today, when car repair techniques are so advanced that there’s often no need to trust to luck - or to devote the extra time needed to book your car into a fully-equipped bodyshop - to get it looking something close to its original best again.

The system involved is known as SMART repairs - standing for Small and Medium Area Repair Technique - and has done a great deal to ease the pain of having to have minor body repairs carried out to any vehicle.

According to a survey carried out for one of the UK’s biggest provider of SMART repair services, as many as two-thirds of all cars on the road could be afflicted by the kind of minor damage which can be eradicated using the system.

But before you retort “they would say that, wouldn’t they?”, consider also that the average SMART repair carried out by that company is £140 (by 2013 figures), and then multiply that figure by, oh, a few million (a conservative estimate of all those afflicted cars), and you begin to see the scale of the micro-industry which fixing all these bumps, bulges and scratches has become.

In turn, the knowledge that these minor repairs are so much easier to have carried out has meant that car dealers - of all sizes - are getting a lot more picky about accepting cars with minor scuffs and dents, and are often adjusting their part-exchange valuations to take such imperfections into account.

In these circumstances, a SMART repair can be a wise way of protecting your own investment, and maximising the return on it when you’ve decided that it’s time to trade up.

And as we’re increasingly inclined to trade in our cars more regularly - which in turn means there’s an increasing number of cars fighting for attention on forecourts the length and breadth of the country - how well they’re presented is key to the price they can realise, and so leave us to put towards that next step up the car-buying ladder.

You’ll Benefit When You Most Need To

This is where a SMART repair can really live up to the name. A car which has untended-to scratches and dents betrays the idea that the current owner hasn’t really cared for it. But even if a small dent or scuff has been attended to by means of a SMART repair, it will show prospective buyers that you’ve at least taken the trouble to have the work done, and so hopefully have nothing more to hide.

On the other hand, an unfixed dent or scratched panel might easily lead a prospective buyer to wonder what other signs of neglect or ill treatment they might find - and lead to them either starting to look at the car far more critically, or even walking away altogether.

A Way To SMARTer Wheels

Alloy wheels are another area on many cars where symptoms of damage will flash up warning signs in the mind of anyone looking to buy the vehicle. And they’re another area on a car where a SMART repair can be effective in restoring their original look.

However, the validity of such a repair could well depend on the total value of the car - for example, the expense will be far more justified on a car you’re looking to sell for £10,000 or more than on one for which you can only expect to get a few hundred.

So at the very least, if you’re selling a car whose wheels you know have some superficial damage, you should at least find out how much it would cost to have it put right, using a SMART repair if possible, as this will be the quickest and easiest option, and then be prepared to factor this into your negotiations when you’re doing a deal.

While the decision over having a specific SMART repair carried out could come down to how worthwhile it is at the time, the effectiveness of such techniques can be greatly enhanced if you simply spend a little time regularly - say once a month - cleaning your car properly.

And on the same subject, if you want to stand a good chance of getting the best price for your car at the end of your time with it, you need to make sure that you do this little job properly too.

Experts say you should use two buckets - one with the water containing your car shampoo (oh, and never use washing-up liquid, as it contains abrasives which can damage the paintwork, leaving it with a mass of minute scratches), and the other just clean, warm water.

So you sponge off the bodywork, and all the debris collected on it, then rinse off the sponge in the clean, warm water after you’ve cleaned each panel. You should be particularly careful to remove some of nature’s nastier ‘calling cards’, such as tree sap and bird droppings, from your paintwork, as if left untouched, the contaminants in these can react with the paint, and leave it permanently discoloured.

Making You A Smarter Seller

Trading in a car and taking delivery of a newer one is a very exciting time - but the amount of forethought you give to this time, and efforts to make your old car look presentable, can give you some important bargaining power.

So the choice over having a SMART repair carried out will depend on several factors - but if you want others to be convinced that you’ve taken some pride in your car, and potentially earn some recognition of that care, then it’s a quick and relatively easy option which can pay dividends.

To get a quick and competitive quote for SMART repairs on any vehicle, just register with MyCarNeedsA.com, and you’ll be able to choose from the services of providers in your area who can do the job where and when it best suits you.