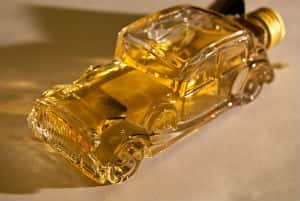 The UK government has granted an £11m investment for Edinburgh-based firm Celtic Renewables to build a facility which can produce up to a million litres of biofuel per annum, with the facility expected to be fully functional by 2018. Thankfully, the heightened urgency being displayed in our global economy to combat the alarming issue of the Earth’s ecosystem has seen a bigger push towards renewable energy sources and a harsh reduction on CO2 emissions.

Apart of this, the automotive industry is facing its biggest ever surge to convert from traditional fuel powered vehicles to those of the electric car, with charging motorways being tested as we speak, and even hydrogen powered cars, with the UK’s first hydrogen charging station set to be opened in October. Hence, this biofuel proposition is only the latest in a growing line of schemes the government is unrolling in current times.

The biofuel will be created by utilising the waste material from whisky fermentation, namely the barley kernels and pot ale, the yeasty liquid which remains after distillation. The waste will then be converted into fuel.

The UK Transport Minister Andrew Jones has said: “Advanced biofuels have the potential to save at least 60% of the greenhouse gas emissions from the equivalent fossil fuel.”

Hence, Celtic Renewables joins fellow biofuel producers Nova Pangaea and Advanced Plasma Products in an overall £25 million investment in biofuels. The government grant follows on from private investments from the Scottish Investment Bank and Celtic Renewables have already attracted attention from private investors as they look to build the framework for a new UK industry.

This is potentially heart-warming news as the UK was previously warned by Toyota’s Head Of R&D Seiji Sano that the UK risked falling behind global technology if we did not invest more in infrastructure soon.


For the full article from The Spirits Business, see here.