Top Roads To Drive On In The World 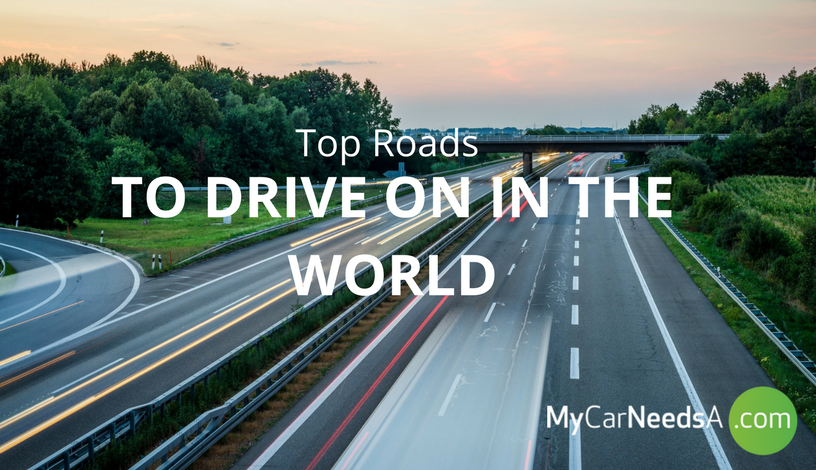 #GoForARideDay is almost upon us and these roads are every driver’s fantasy!

The perfect road where terra firma transcends the tarmac and becomes the living embodiment of ecstatic driving splendour.

We cross nations. We cross continents. Traverse wars. Leap through history and ascend mountains to bring you the most amazing, awe-inspiring, jaw-dropping, truly incredible roads that exist from pole-to-pole across this glorious green earth.

Sultry and sexy, this seductively sensatious road swerves from left to right up the side of a picturesque mountainside, sending your head and your imagination into a swirling scene of sheer bliss.

Built in the early ‘70s after the Soviet Union invaded

Czechoslovakia, Head of State Nicolae Ceaușescu was the driving force behind this 60-mile mammoth, whose highest point stretches up to double the altitude of Scafell Pike- England’s highest point- at a staggering 2,034 meters.

Snow permitting, you could also take the time whilst in romantic Romania to drive even further up and revel in the crystalline beauty of the Transalpina- a further 100 meters higher.

Breathtaking- literally and metaphorically- the Transalpina is the a highway to driving heaven never seen before nor since.

This 30,000 mile long series of highways and interstates will take you through 14 countries, through sun-drenched, thirsty deserts to dense, humid jungle.

Cutting through the Sierra Madre Oriental mountains, this immense network of roads traverses the entire west coast of South America, crossing the Pacific briefly in Panama and progressing through the United States and Canada through to its conclusion on the North West coast of Alaska.

The Highway has become a cultural phenomenon in addition to a geographical one. Top Gear have featured a special which included a drive on the Highway. Guiness World Records have been set for the shortest amount of time it’s taken for one man to travel the length of the Highway- the honour going to motorcyclist Kevin Sanders, who completed it in 34 days.

From roads of geographical splendour to a motorway of guttural, visceral adrenaline, the German Autobahn system of motorways is a huge network of gleaming tarmac, rife with opportunity and promise for the petrolhead in all of us.

The Autobahn has become famous in the past decade for its lack of a mandated speed limit. This is technically true. There are stretches of the Autobahn where you could post a recorded speed of 155mph, the highest clocking speed German car manufacturers allow typical road cars to have.

However, it is not entirely as simple as that. In adverse weather conditions, or areas with high traffic density, speed limits are strictly imposed, and 50% of the Autobahn is governed by an advisory speed limit of 81mph.

However, with 8,000 miles of relatively unlimited speed on tap and all the time in the world in which to spend it, the Autobahn is a series of roads any true speedster must tackle in their lifetime.

Not strictly one single road, the Schengen Area is an area within mainland Europe that is free of regulatory border control, allowing for free travel within its boundaries by anyone with an official participating state EU passport. This level of neighbourliness means that you could drive around an area that covers nearly 1.7 million square miles.

With a plethora of countries to travel through, one is capable of plotting their own route through a vast array of cultures, societies, cuisines, landscapes and architecture. Taking this round trip of Europe, the options to drive and discover are seemingly limitless.

Life is short. It’s really, really short. In that scarce scrape of time we have whilst our galant bodies diligently strive to keep us alive, we owe it to ourselves to live our lives to their fullest.

The world around us is legitimately full of opportunity- the opportunity to experience. For the car enthusiast these roads/areas, amongst others, offer a chance to discover wonderment anew. An escapist trip. A vacuum of joy amidst life’s tiresome tribulations.

It can be easy to think these trips might be beyond us. No time or not enough money. Yet money can be saved and time is as plentiful as we allow it to be whilst our hearts’ still beat. With that in mind, we’d like to propose a thought today:

It’s an easy thought, to think “Why should I?”

It’s equally easy to think: “Why should I not?”