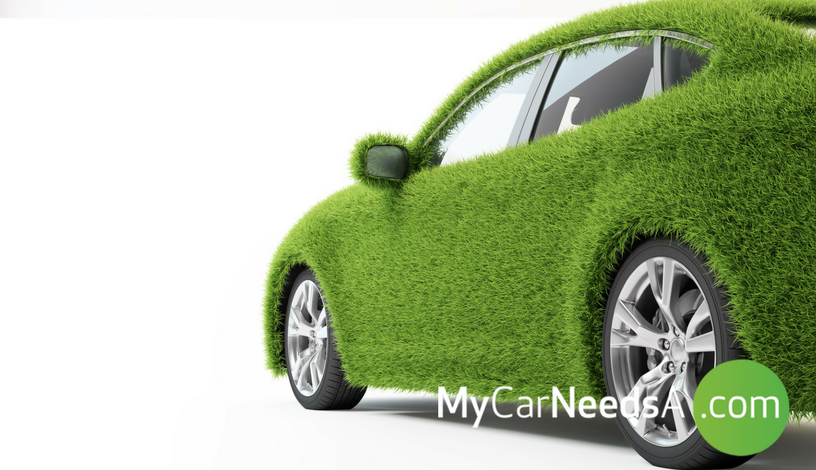 (And Unsurprisingly They’re All E-Cars)

We recently observed Energy Saving Week worldwide, where we recognise the frailty of our miraculous planet and look to relieve some of the incredible strain we’ve placed on her these past few hundred years.

Whilst that time saw people celebrate the planet with blackouts, low usage and even switching their energy supplier to a greener option, we take a moment to recognise the automobiles that have placed eco-efficiency at the forefront of their mission statement by highlighting the most eco-friendly cars available this calendar year.

These cars were selected across all fuel and energy capacities and have been ranked based on their efficiency and value, considering factors such as their Co2 emissions and their NGC ratings, which combines all forms of carbon emission into an overall rating.

So here it is; observe the greenest, most eco-friendly cars in 2015.

In the 1960s, Chevrolet had a dream to become one of the US’ most beloved manufacturers-- heck it was a dream so big even Don Draper couldn’t handle it!

In reality, Chevy have become so entwined with the US market alone that little is seen of them in Europe and across Asia. Their cars are always touted for style and it’s a big score for Chevy for making it onto this list, particularly when so many American manufacturers are quoted as being the biggest offenders in the petrol-guzzling, high emission world we’re leaving behind.

The Volt has made good progress the past couple of years and can now hit a range of 40-45 mph before it will switch to its petrol brethren fuel supply. We can only encourage Chevrolet to continue the push to the future in the name of the United States.

This past year, the Tesla S unseated the revolutionary Nissan Leaf as the highest selling e-car in Europe, with 11,000+ units sold across the mainland.

For too long, the electric car came with a firmly attached stigma of poor aesthetics and garish style. For Tesla- one of the world’s newest mainstream car makers- being a charging force in the electric car market was a must-achieve, what with their legendary namesake.

Here then lies Tesla’s greatest success to which they can raise a toast of frothy champagne: Tesla have managed not only to follow in the footsteps of their hero, they’ve also managed to create a super-stylish automobile, which can compete on the catwalk with some of the road’s most fashionable icons.

Honda’s hybrid version of the Accord has only been on general sale for just over a year, yet has already managed to rack up a host of sales, making it into the top 10 worldwide and a plethora of pundit praise.

Stylish, sexy and seductive, the continuing advancement of hybrid technology means we’re only going to be seeing more of the road’s most beautiful inhabitants receiving the switch-up to an electronically alternative future.

A blessing, as it turns out, because it’s that future which might just save the ailing health of our planet.

Whilst the Tesla S has taken the title of Europe’s highest selling e-car, it’s Toyota’s Prius model that boasts being the world’s most popular AFV, with its massive success in Japan and the United States propelling it to over 90,000 models sold to date-- a record which obliterates the competition by over 70,000 vehicles!

Toyota have long been heralded as one of the world’s most reliable manufacturers, and as near as this year alone topped a list of such research, which measured service history of over 850,000 vehicles since 1996.

Therefore, it’s no surprise to see them making great waves in the e-car market and we expect their rapport with e-cars only to grow over the course of the coming years.

Long seen at the forefront of the technological revolution, the Nissan Leaf may have been unseated as the most popular electric car but nobody will ever be able to take its title of the first commercially viable electric car.

Before the Prius, the Tesla S and the i3, Nissan’s Leaf stood on the frontline as the sole soldier waving the flag of of the electric car in mainstream market and even as the market continues to grow and more allies join the fight, the Leaf still stands right at the front of the pack with its stylish and efficient design.

The original VW Golf is the seventh highest selling car in the UK’s history and with the government pushing manufacturers towards the AFV (Alternatively-Fueled Vehicle) market more than ever before with grants, tax discounts and cash injections into the industry, only time will tell if the new generation’s Golf can achieve any kind of similar success.

BMW’s foray into hybrid and electric vehicles has been about as seamless as you could hope for, if you were a BMW executive. In addition to their i8 model being lauded and applauded as the world’s first legitimately good electric sportscar, their i3 model which has shipped over 27,000 models worldwide, has now been revealed as the UK’s most eco-friendly car.

Capping off a list dominated by hybrids and fully electric cars, the i3 has wowed customer and critic alike with its remarkable eco clean efficiency, alongside “strong performance, cutting-edge design, innovative engineering, low running costs and an upmarket interior.”

Eco-efficiency is the future.

Following World War II, old hands of automotive trade lived and died by the challenges and changes that came with a new world with new technology and that time of change is upon us again.

With the worldwide ecosystem a long-growing concern that world leaders have finally taken steps to rectify, the alternatively-powered future of motoring will soon be losing its “alternative” tag and become the present norm.

Although Britain has proven to be one of the more stubborn, resilient nations in the EU to the change of AFVs and increasing automatic technology in cars, the question of e-cars being the future of British automotive trade has long since passed from an ‘if’ and now firmly resides within the ‘when’ territory.

As that new generation sweeps into the market, time will soon tell which of the huge automotive manufacturers will make the transition the best. If history has taught us one thing when it comes to cars it’s that with new technology comes change.

For the manufacturers who’ve made it onto this list, it’s safe to say they’ve got a firm head start.