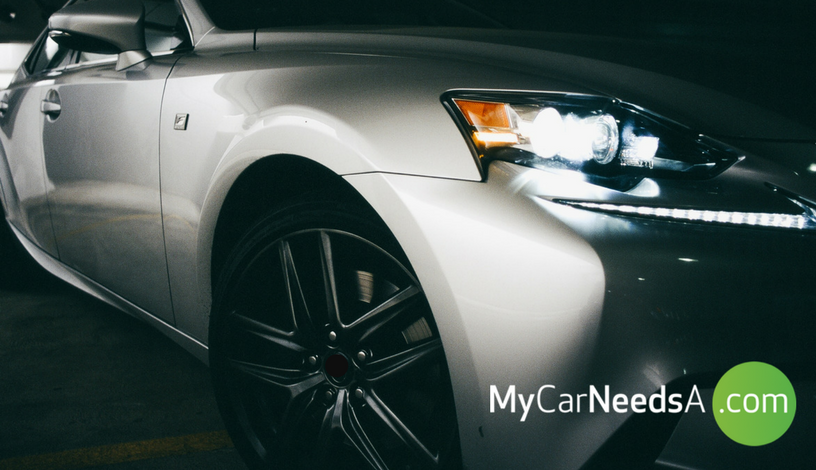 Best Selling Cars Of All Time

How many can you guess and can you better your friends?

There are no tripwires here. These ten beauties of automobile craftsmanship have captured the imagination and the identity of the British public to the point they’ve become synonymous with the idea of driving in Britain.

These were the cars that made up the games you played with your children on long motorway journeys - the winner being the one who spotted the most of them and, of course, junior always ‘won’.

This time though we spot them all… and we’re curious to know how many of you can guess all ten.

All sales figures are true as of Summer 2014, sourced from the Society of Motor Manufacturers.

Whilst Austin and its sister company Rover will undoubtedly be forever remembered for a different type of car that MIGHT just also have made it into this list, the Metro starts us off having posted a very respectable almost 1 ½ million buys in the 17 years it was produced between 1980 and 1997.

Originally planned as a replacement for the MINI, the release of the Volkswagen Polo in 1976 convinced a straggling British Leyland group that they needed to expand the MINI into a larger vehicle, a term the press soon branded the ‘supermini’.

Within the next few years the likes of the Ford Fiesta, Renault 5 and Fiat Uno would take their bow, creating a huge supermini surge of sales that continues to this very day.

For Rover Group, who closed their doors in earnest when BMW sold off the assets in the year 2000, it marked a second surge in their profits that never managed to offset massive mismanagement and an increasing debt. The company was declared bankrupt in 1986, in spite of two of the highest selling car models in British history.

As for the second, the famous MINI, it comes in at number 9.

Not including the reincarnated BMW versions that have been produced since 2001, the original MINI is as iconic a British car as it gets, being the only asset of Rover Group BMW decided to retain when they dissected the brand in 2000.

Overcoming the likes of the VW Beetle and Citroën DS to the number two spot in the Car of the Century awards conducted by Global Automotive Elections in 1999, the MINI has become a cultural icon and inspired an entire generation of cars in the aforementioned superminis, three of which appear in this list.

It goes without saying the MINI left behind a legacy unseen before or since in the motoring industry.

Considering the Focus only debuted in 1998- by far the latest debut in this list- the near two million sales in the UK it has achieved since is a stunning figure!

The sequel to another of Ford’s highest ever selling cars, the Focus was a juggernaut in 2014, finishing in the top two of the year for new car sales, having consistently been at the top of the charts from the year 2000 onwards.

With some very big boots to fill, the Focus has found itself going from strength to strength. 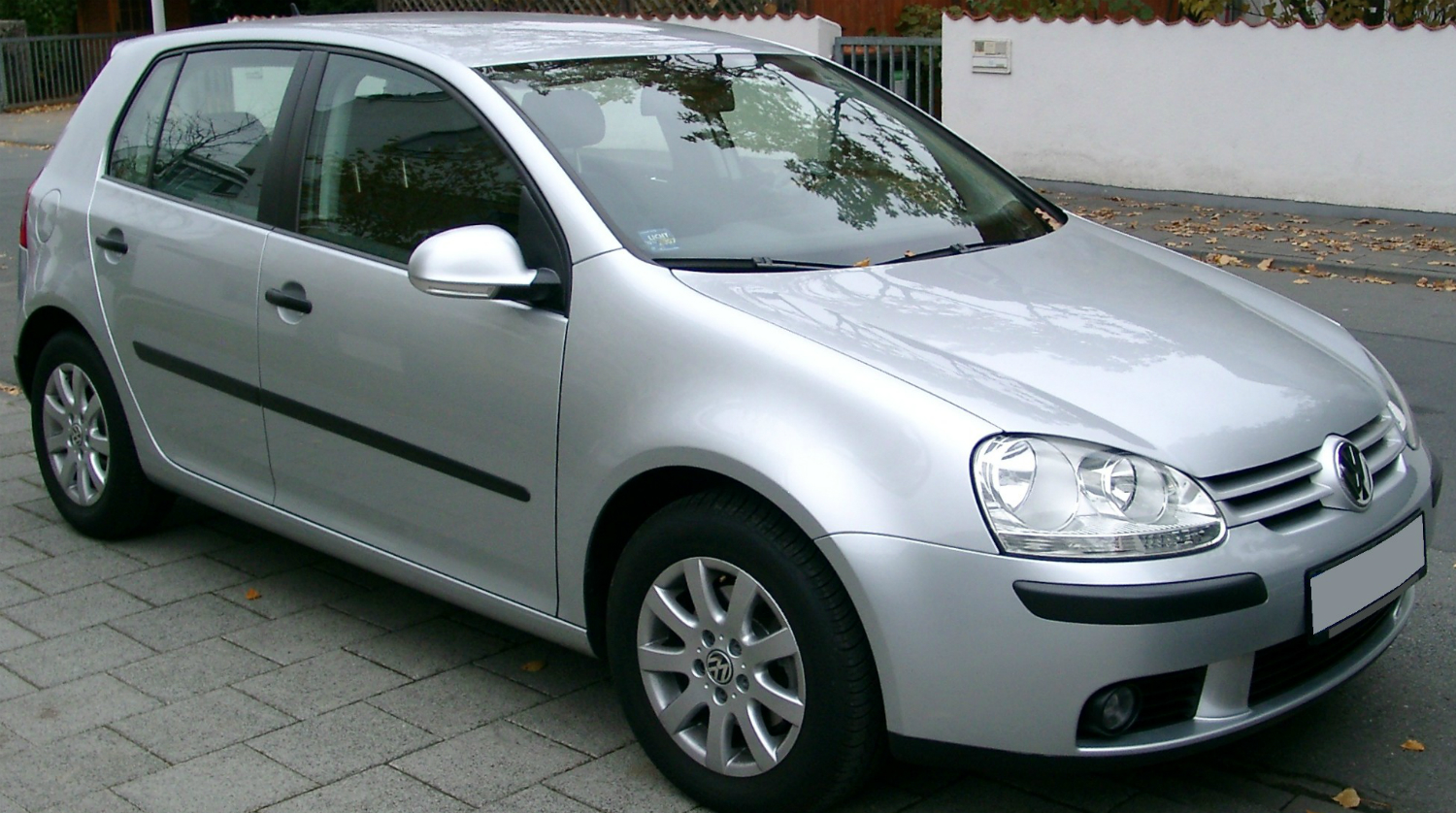 First released in that crazy mid-70s period of automobile innovation, the Golf is a household name in car design and was originally designed as the front-wheel counterpart to the Volkswagen Beetle, one of the most highly heralded cars in history.

Since ‘74, the Golf has seen seven generations of its design come and go and has won the European Car of the Year award twice, a record only shared by the Renault Clio. Featured multiple times in top ten lists and Car of the Year awards, the car is famous for its adaptability; coming in 3 & 5 door hatchbacks, a convey, MPV and station wagon.

In recent years, Volkswagen have turned production towards electric variants of the Golf, releasing three separate models and time will only tell if they can take the Golf into the same levels of success as a part of the electric car revolution.

‘Steady Eddy’ would perhaps be the best term to describe this hit of the ‘80s and ‘90s. Beginning with decent but far from spectacular sales in its first model, from 1981 onwards the Mark II and III models saw dramatic increases in sales through until the mid-90s.

Whilst never quite taking the top spot in any given calendar year- it came second behind the Ford Escort in both 1984 and ‘85 and then again in 1992- the Cavalier posted sales consistently above 100,000 per year throughout the 80s and 90s, beyond its production cease in 1995.

It was succeeded in 1995 when parent company Opel retired the Cavalier name, in favour of re-branding the UK version of their Vectra car under the Vauxhall banner, a poor move in retrospect, as the new Vectra’s sales couldn’t match that of the Cavalier and was itself replaced by the Insignia in 2008.

Narrowly pipping its Vauxhall namesake to the post of 5th is the Corsa- a supermini which, in spite of its impressive sales figures and international reputation across mainland Europe, has never been sold in the United States, presumably as parent company General Motors (via Opel) doesn’t want it in competition with Chevrolet, another one of its assets.

In Britain, the Corsa has persistently posted as the number two supermini for the best part of two decades now. First produced in 1982, it wasn’t released in the UK until 1993. Since then it has since progressed through 4 generations, with the latest- the E- released in 2014.

The Cortina was produced over five generations and twenty years between 1962 and 82 and brought Britain from the love of the MINI into a larger age of compact family cars. Holding the position of Britain’s best selling car for an entire decade between 1972 and 1982- the year it ceased production- it took another Ford product to finally dethrone it.

Sales of the Cortina would continue long after the end of production, with the 90s dawning before the final made model was sold. It was only the beginning of a long period of dominance for Ford motor vehicles in the UK. 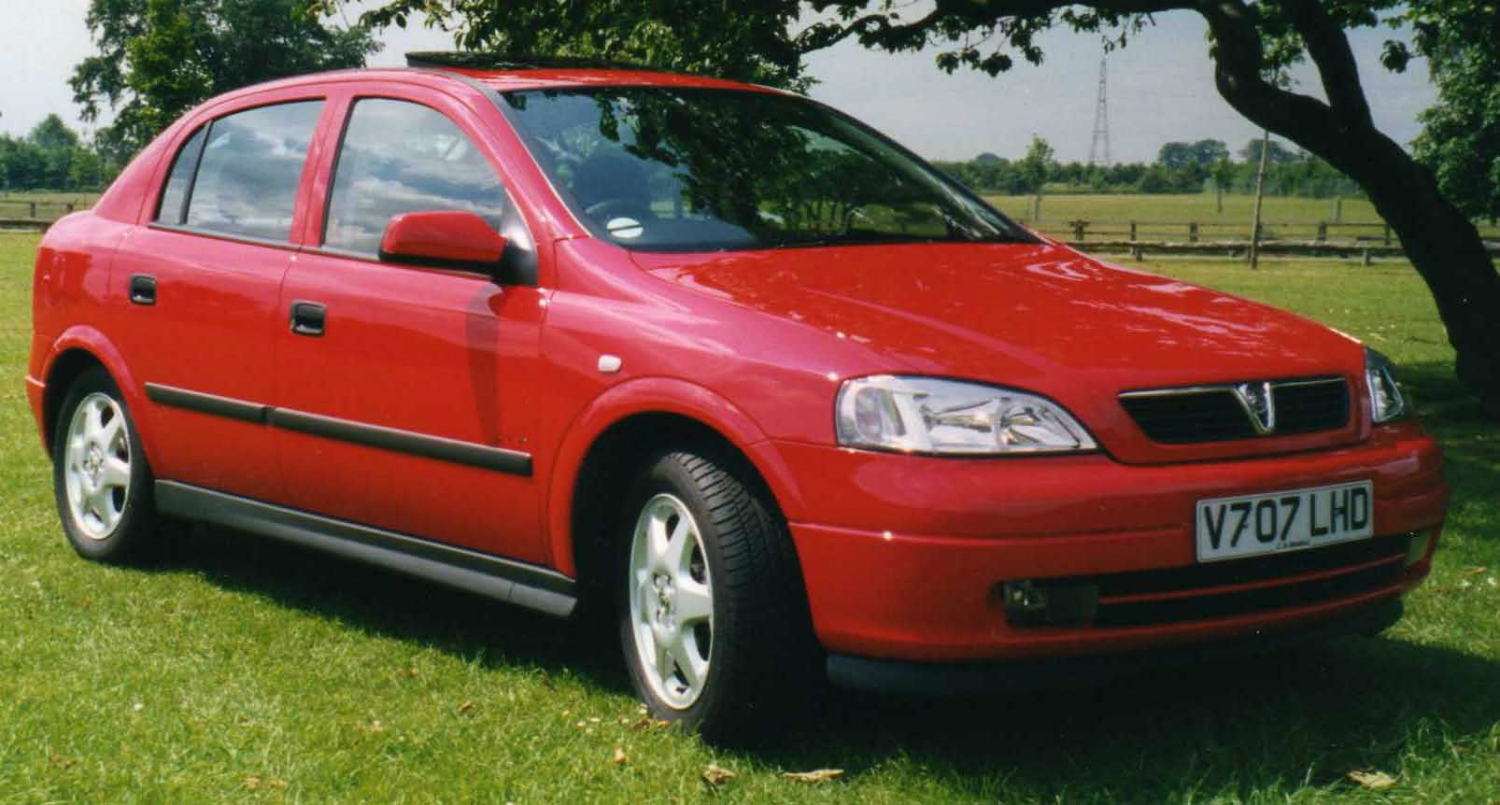 The Astra enters in at number three, primarily by technicality, as unlike its fierce rivals Ford, Vauxhall have decided not to succeed the Astra as their number one compact car since it launched alongside the Ford Escort in 1979.

The Astra is truly the ‘nearly man’ of automobiles. Consistently second place in the small-sized family car to the Escort and later the Focus through the 80s, 90s and 2000s, it was not until 2010 that the Astra finally managed to out-sell a Ford, ending Ford’s 37 year dominance at the top of the compact market. Even in that year, it finished second overall… to another Ford.

The Astra is preparing to enter its seventh generation in 2016 as Vauxhall remains stubborn in continuing the Astra lineage. It’s massive longevity allowing it the highly respectable sales it has received, one does have to wonder just for how many more years the Astra will continue to roll out onto our streets. 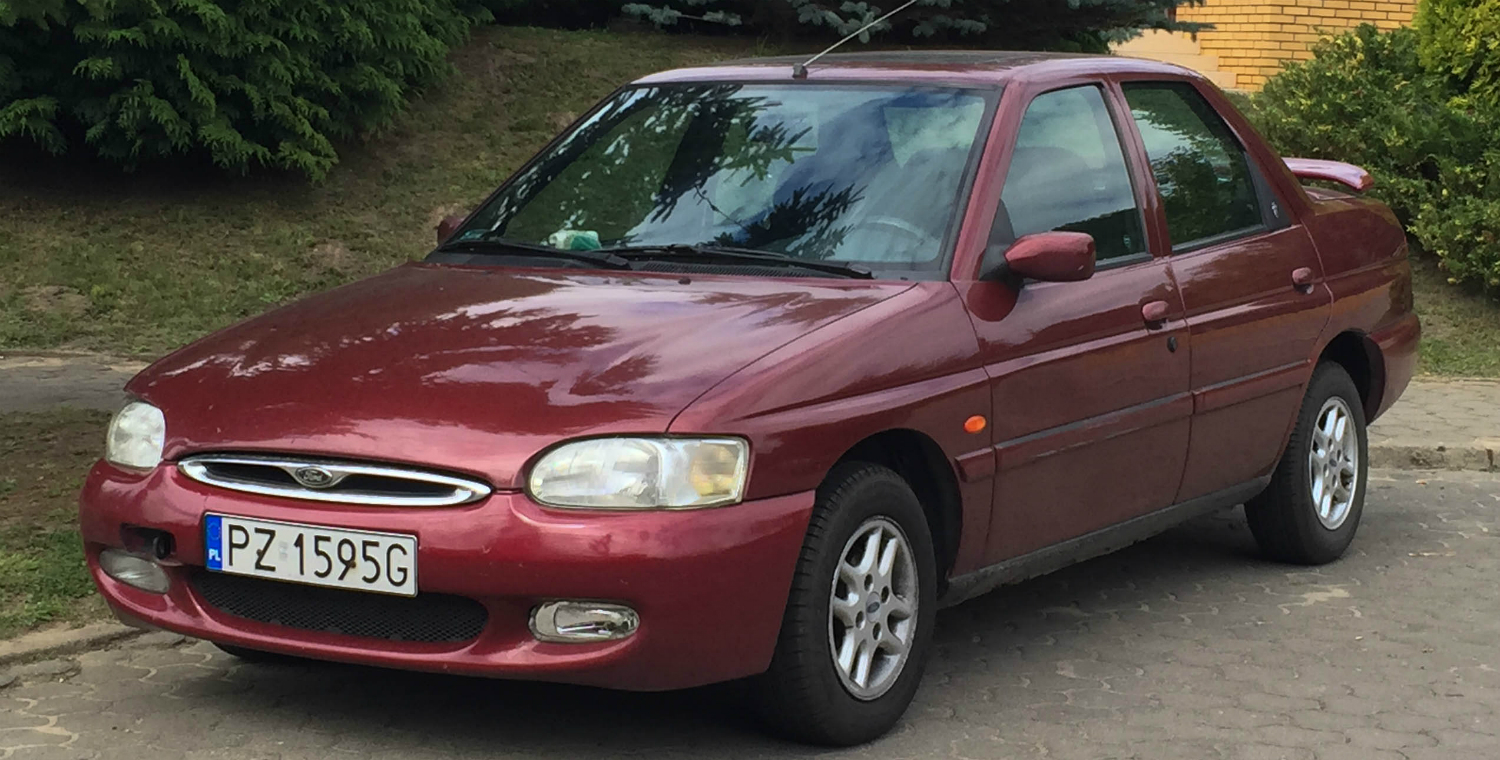 It was the Escort which dethroned its stable-mate the Cortina in 1982, following ten years at the top of Britain’s sales charts. Not to be outdone, the Escort embarked on a decade of dominance in its own right, holding the top spot for the next eight years as the ‘80s wound to a close.

In 1990, yet another Ford came along to mark the return to prominence of the supermini to cast the Escort aside as Ford’s (and Britain’s) most profitable car. Since the ‘90s, the British market has been dominated by the battles of the superminis and family compacts and Vauxhall vs. Ford has been the main event.

Whilst the superminis have since become Britain’s favourite type of car, the longevity of the Escort- running from 1980 to 2004- has aided it in its massive return. It was eventually discontinued in favour of the Focus, whose battles with the Astra, as documented above, have raged on ever since. 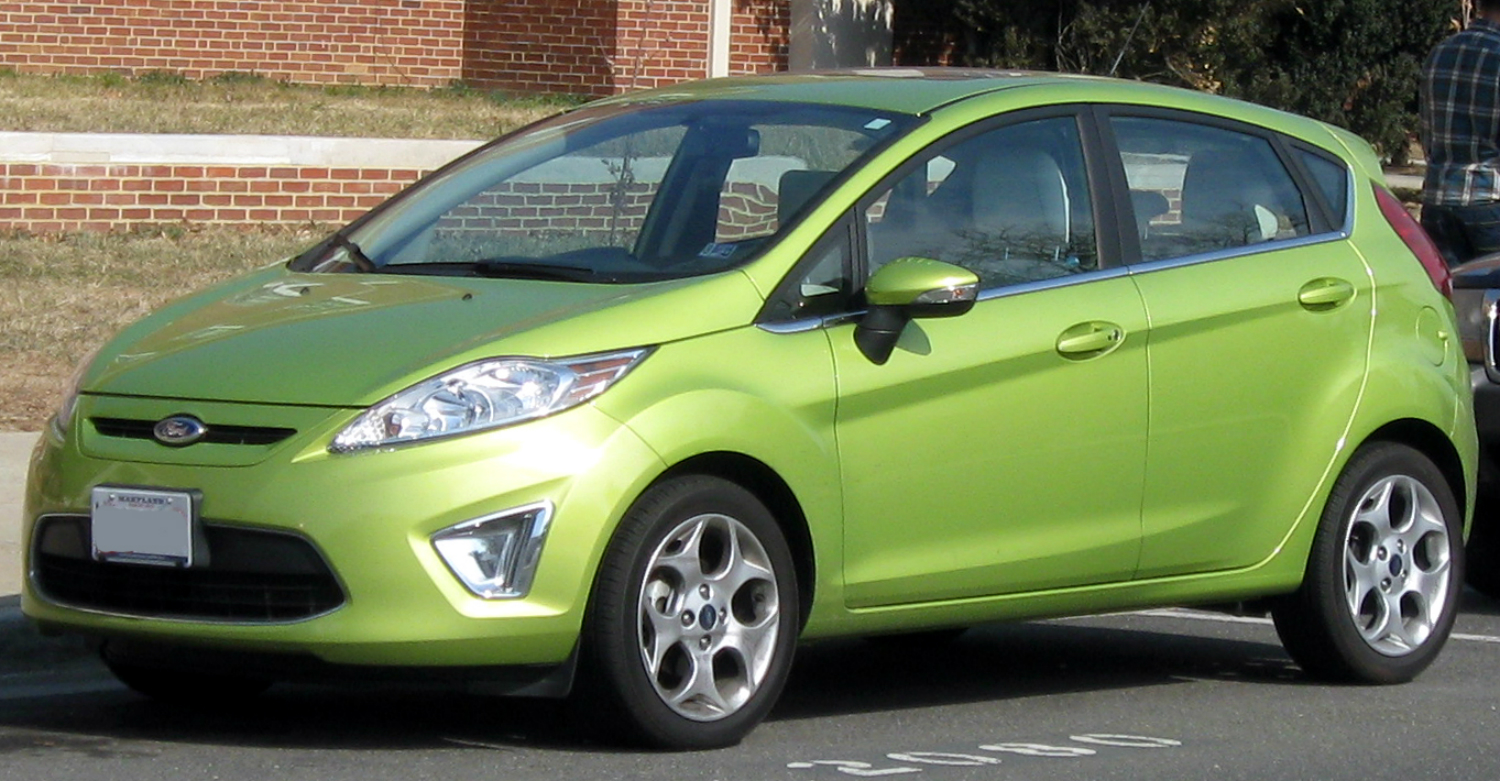 It was 2014 when the news broke that Ford’s super supermini had broken through the barrier set by the Escort to becoming Britain’s all-time favourite car. First released across Europe in that crazy mid-70s boom for motoring, the Fiesta has been setting the standard for the supermini ever since.

Becoming the most bought car of the year for the first time in 1990, it has since gone on to take that same acclaim a further eleven times up until 2014, including all of the last 5 years.

It completes a truly staggering image of Ford’s dominance in the UK market, and shows no signs of slowing down anytime soon. As the overall industry progresses into a new age of automobile manufacturing- an age of hybrid cars and electric motorway lanes[Links to blog post on the matter] - the question as to who will adapt best to top the charts remains to be seen.

For now, however, Britain has made itself abundantly loud and clear: Ford is our favourite car maker… and it’s not even close.

How many of the ten did you manage to guess? Did you successfully outperform your friends? And which of the cars on this list do you find most worthy of their commercial acclaim? We hope you enjoyed our foray into vehicular supremacy- our trip down memory lane.