How To Dog-Proof Your Car 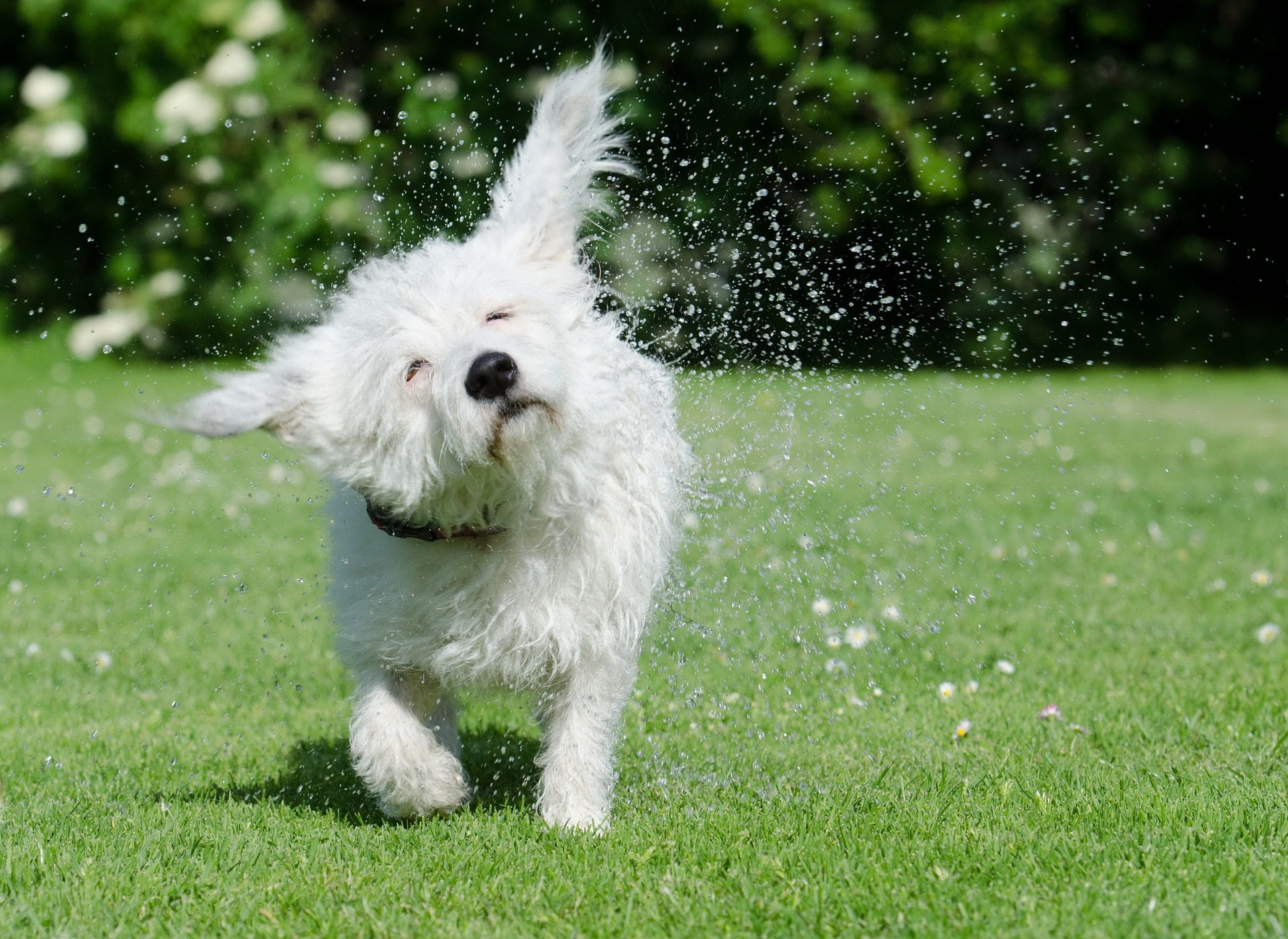 There are many thousands of you out there who like to take man’s best friend travelling with you - but how do you stop all their muddy paw prints and that filthy water they can’t help shaking off from wrecking your car’s interior.

We scoured the web for the best tips out there, and have found a variety of purpose-made products intended to help you preserve the good looks of your car in the face of some canine ‘ruff’ treatment.

Bad News For Your Boot?

If you’re an outdoors type, then the chances are that you’ll want your dog or dogs to share the delights of the great wide open with you. But just letting a wet and muddy dog loose inside your car or in the boot if you drive an estate is a recipe for, at the very least, lots of unsightly marks, or at worst, some serious damage.

And if you need advice on how to avoid such a calamity, among the best places to turn is the forums of many websites aimed at outdoor pursuits lovers, like this one.

One of the most comprehensive sites we found offering dog guards and other useful products for a dog-safe car was Boot-Buddy.com.

Its website lets you enter the make and model of your car, and you’ll be presented with a list of the protection products it offers, which include simple liner mats, bumper and tailgate guards, made mostly of rubber or plastic so that they can be wiped clean once Rover has done his roving.

There are several key advantages to Boot Buddy’s products, not least that they’re proudly made in the UK. They attach to a car’s existing interior fitments by means of metal press studs and velcro, so that they can stay in place even if your dog is very restless. The panel which attaches to the back of a car’s seats is removable, and you can drop your car’s back seats to carry big loads without having to remove the liner.

Plastic boot guards will wipe clean with a damp cloth, while the rubber variants may take a little more cleaning by hand, but are more flexible for fitting into an awkward-shaped space.

Short of this tailored solution, many car-makers as well as independent suppliers, now provide boot liners and other products designed to stop any canine occupant or other items you carry from damaging the exposed interior paintwork in your boot. We found Roofbox.co.uk, which sells a range of boot liners from the German company which manufactures original boot protection equipment for car-makers including Audi, BMW, Citroen, Daewoo, Fiat, Nissan, Suzuki and Volkswagen.

Seat belts, dog harnesses, dog guards and crates are all options you should explore if you don’t carry your dog the distances which warrant adapting the whole interior of your car.

You can buy a dog seat belt which simply clips to the harness of one of the existing rear seat belts in a car, while the main motoring accessory store chains also offer more substantial dog harness options, which work in a similar way, but are intended for bigger dogs. Many are also multi-functional and will double up as a lead for when you’re out of the car with your dog.

A mesh dog guard is a widely-used option to ensure that a dog doesn’t stray from the back seats of a car while being transported. A model which attaches to a car’s front seat head restraints, and which is sold by Halfords, was praised by a team from Auto Express magazine, who said: “Installation took just minutes, it felt secure when in place, and we were still able to fit our parcel shelf back in the boot, together with the guard.”

Wire- or soft-walled dog crates are also widely available. The idea here is that your pet is fully enclosed inside the crate, so that they can’t cause any distractions or damage. Another British company, Croft, makes a range of dog crates in various sizes, one of whose main benefits is that the sides are tapered in shape with the idea that your dog is comfortable whether they’re standing, sitting or lying down. It also has a handy guide listing the crates which buyers have most often bought for specific makes of car.

This company is the official supplier of wire dog and puppy crates for Crufts, and its organisers, the Kennel Club, themselves.

The Law On Transporting Dogs

There are laws which govern the safety of drivers and passengers when travelling with dogs. Rule 58 of the Highway Code states: “When in a vehicle make sure dogs or other animals are suitably restrained so they cannot distract you while you are driving or injure you, or themselves, if you stop quickly. A seat belt harness, pet carrier, dog cage or dog guard are ways of restraining animals in cars.”

The legal experts go on to warn that driving with an unrestrained dog, and the demands of having to ensure that it is kept calm, could easily lead to a charge of driving without due care and attention. As the article notes: “There is no definitive list of actions that can amount to careless driving however a distracting unrestrained dog jumping about in a vehicle could definitely be considered to sufficient.

“More concerning is the potential for an accident and if that were to arise, the more serious offence of dangerous driving could be applicable. The penalty for dangerous driving is far more severe as the offence attracts not only a custodial sentence but also a mandatory disqualification of at least 12 months.”

So as you can see, even if you don’t do the mileage with your doggy companions to warrant splashing out on a complete kit to adapt your carrying space, you should think carefully about providing at least a basic level of protection for your dog when you take it for a drive.

Animal health medicine company Zoetis has produced a handy blog which focuses on some more basic solutions to the problems raised by transporting a dog in your car.

It suggests the following essentials to help make your dog comfortable on any car journey:

We suspect this list is even more exhaustive than that which lots of owners tick off when they’re taking their dog for a ride - but it should cover more eventualities.

If your dog is a seasoned traveller and you can’t bear to go anywhere without them, though, our final offering, and probably the ultimate solution for dogs which like to go places, is aimed at you...

It shouldn’t surprise you that one car manufacturer has decided to go the whole dog - sorry, hog - and showcase a car which is designed purposely to make it easy to transport your canine friends anywhere.

Nissan has produced this demo version of its X-Trail crossover, which has a host of canine-friendly features, even including a water shower, dryer and access ramp.

The 445-litre boots of the Nissan X-Trail 4Dogs has a pull-out shower and dog dryer, as well as a slide-away ramp so that your pooch can walk up into the boot without any of that awkward clambering or the need for you to physically lift them.

Then, when they’re on the move, your dog can relax in the integral bed, and even take a drink from the no-slip water bowl.

Driver and front seat passenger can keep an eye on their pets using the innovative ‘dog-cam’ technology, integrated into the X-Trail’s infotainment system, allowing owner and dog to see each other via the seven-inch dashboard display and a 10-inch LCD screen installed into the boot. The owner can also talk to the dog via an audio link to keep it calm.

Nissan carried out research in conjunction with Crufts show organiser The Kennel Club to help it devise its ultimate canine transport. Surveying more than 1,300 dog-owners, it found:

The X-Trail 4Dogs is at the time of writing only a concept car, but given that you can expect to splash out from £21,995 for even a basic X-Trail, any production version could well be at the top end of, or even outside, the range’s current price scale which tops out at more than £32,000. If that still hasn’t put you off, and you’d like to try to persuade Nissan to make a production version, you can see the demo video here.

It isn’t just considerate to your dog to buy equipment to help keep it safe when being transported in your car - as we’ve explained above, it will keep you on the right side of the law, and it protects you and your human passengers too. So if you want to take your pooch with you on your travels, it will pay you to give some thought to kitting your car out for the purpose, and we hope you’ve found this article useful if you’re ferrying your furry friends around.

MyCarNeedsA.com is the place to come when you want to find the best value and most trusted experts to carry out car servicing and all kinds of car repairs. It’s free to register, and you can post a request for quotes in minutes.