Why Don’t People Get Their Cars Serviced? 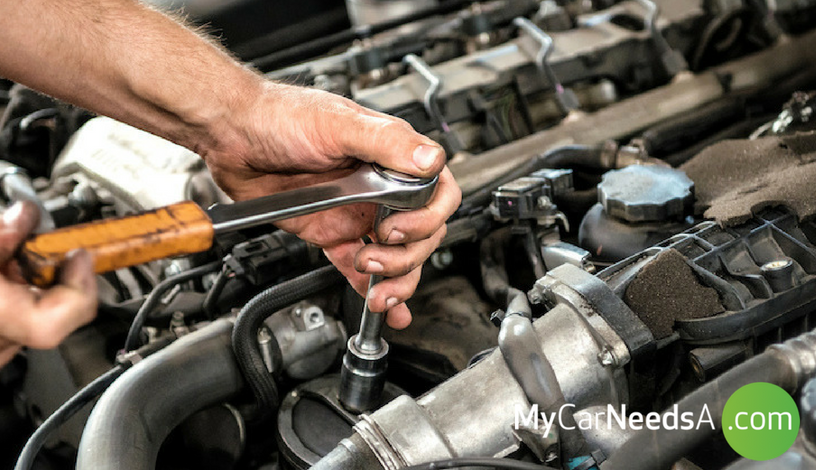 How important do you think it is to get your car serviced when it’s due?

If you put it near the top of your list of priorities, it would seem that you’re in the minority, if we go by the results of our latest poll among our social media followers.

We gave people a list of possible reasons why they might not book their car in for a service, even when it might be due, and of our four contenders, the most common excuse offered was that it was likely to take too much time.

In this article, we will address each of the objections we presented to our poll participants, and will try to counter each argument, and show that, whatever the excuse, there are even more valid reasons why you should get the work done, and ways of overcoming the most common obstacles.

‘It Takes Too Long’

A full car service does involve quite a bit more than an oil change, although that is included of course. But these days, garages are much more up-front about the length of time it’s likely to take them to carry the work out. You can even find checklists online showing the standard jobs which you can expect to be involved in a typical service.

Plenty of garages know that their customers’ time is precious to them. So they won’t make any mystery of how long it should take them to tick off all the tasks on their list for a particular car service.

The key is, if you don’t know, you should ask. In lots of cases, the garage will want to get your car in, put it up on the lift, get all the jobs done, and have it ready for you to collect as quickly as they can. If you’ve ever looked around you when you go to collect your car from the garage, the main reason for this is pretty obvious - most of them just won’t have the space to keep the car for any length of time. So it isn’t in their interest to keep it for any longer than is absolutely necessary, and you should get your car back as soon as is reasonably possible.

‘It Costs Too Much’

It’s common for garages to offer what’s known as ‘fixed-price’ or ‘menu’ servicing. In these cases, all the jobs which are carried out are listed so you can check through them before you book, and decide which level of service is right for you and best for your car. Typically, there will be up to three different levels of servicing offered, and the tasks which will be undertaken on each will vary, depending on the mileage the car has covered, or the length of time since the last service.

If you don’t know what was done at your last service, the garage will usually refer to your car’s manual and service book - hopefully you’ll have one - and according to its mileage will carry out the service which is most appropriate according to the schedule suggested by the car’s manufacturer.

Should you be on a tight budget, you can ask what fixed-price options might be available, and take advantage of one of these. Be aware, though, that there are certain jobs which occur only in the cycle for a major service which really shouldn’t be delayed, as they might lead to serious - and potentially more expensive - problems if they aren’t carried out on time.

And that has to be the most compelling argument for sticking to your car’s service schedule - if no one looks under your bonnet and at other safety-critical parts of your car, such as your brakes and tyres, you might be putting yourself, and other road users, at serious risk. What if your brakes weren’t up to the job the one time you really needed them to be, or you’d neglected to replace a tyre which then became so worn that similar consequences resulted?

Service intervals for most vehicles are designed to be reasonably easy to remember. Lots of them are set at every 10,000 miles/once a year for this very reason.

So to avoid this pitfall, you should make a note in your diary or on your calendar at exactly a year - or preferably 50 weeks, so that you have a couple of weeks’ leeway in order to fix an appointment for the service which fits in with your other commitments - from the date of your last service, so that you remember the time when you should at least be thinking about taking the car to be attended to.

Many garages operate their own way of issuing servicing reminders. Some will send out an email message a short time before the next service is due, while others may use a more low-tech, but no less effective, method, such as placing a sticker in the sun visor or on the dashboard showing the mileage at which the next service is due.

As with finding out the cost of a service, the best way to avoid falling foul of your forgetfulness is to ask your garage whether they operate a reminder system, and to make sure that you’re signed up to it.

Whatever method a garage uses for service reminders, most modern cars are in any case fitted with an electronic service schedule monitor. This will be reset every time the car is serviced, and when it’s being used will flash up a warning in a panel on the dashboard when the car has covered the maximum suggested mileage between services. That warning will continue to be displayed until it is reset by the garage as part of the work done during a service.

Every car will benefit from being serviced according to its manufacturer’s recommendations - these aren’t in place as a way for the maker to get more cash out of owners, but are there for sound reasons.

Principally, they’re set so that safety-critical components on vehicles are at least checked at certain intervals. So unless you know exactly how to check the condition and wear of your tyres and brakes, the working of your steering and suspension, and other parts listed to be examined as part of a regular service schedule, and you do the checks yourself, it’s easy to overlook work which can be urgent for keeping your car running safely.

Lots of parts of a car deteriorate or become less effective at different rates. This means that it’s impossible to tell when, for example, brake pads, tyres or shock absorbers will need to be replaced without at least some visual checks.

You might think that you never see much benefit from getting your car serviced, and if you take that to its logical conclusion, you could think that you’re throwing your money away.

But consider this. If you’re involved in an accident, and the condition of parts of your car is found to have contributed towards it, you could face a hefty fine, and even a driving ban.

On the other hand, maybe you think you don’t really see much benefit from having your car serviced, so think it’s money you’re throwing away.

However, if you’re involved in an accident and the condition of parts of your car is found to have contributed to it, you could face a hefty fine, and a possible driving ban. Using a vehicle in a dangerous condition is an offence, for which there’s a maximum fine of £2,500.

As you can see, by not having your car serviced - especially if you neglect it over a long period - it isn’t just your and other road users’ safety you’re putting at risk - it could cost you a fine, a criminal record, and even a disqualification.

And when a fixed-price car service could cost you as little as £50 - remember, that’s £2,450 less than the fine you could be landed with as mentioned above - you should think of it as money well spent.

Confused? Don’t Just Do Nothing

Lots of people leave getting their car serviced until they want to sell it, as a survey from 2015 found. The same survey worked out that neglecting to get a car serviced when it was due eventually cost car owners a staggering £154 million - this was the price of the additional, unscheduled work which was later carried out.

Not having your car serviced when it’s due greatly increases the risk of you seeing a warning light on your dashboard. Yet, another survey found that a majority of drivers - nearly six in 10 - admitted that, in the previous 12 months, they’d seen a warning light illuminate on their dashboard, but had driven on because they hadn’t known what it meant. Some even admitted that they’d waited for up to two weeks after a warning light first appeared before seeking help or even looking up what the warning meant.

Do you stick to your car’s service schedule, or have you been willing to skip it for one reason or another? And if you have, did you come to regret it? Contact us via Facebook with your views and experiences.