What Does the ABS Warning Light Mean? 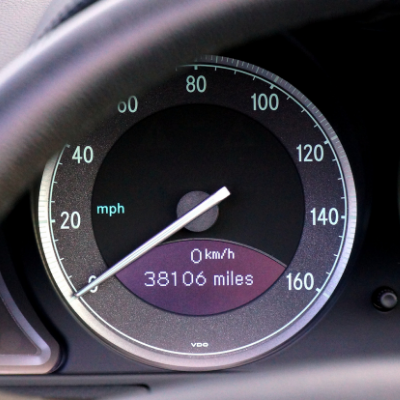 What Does the ABS Warning Light Mean?

What does ABS stand for?

ABS stands for ‘Anti-lock Braking System’, and should the ABS warning light ever illuminate on your dashboard, it means the antilock system has been deactivated because of a malfunction.

Generally, your car’s brakes will be working fine but the anti-locking feature that prevents the wheels from locking up during braking is not. This may also mean that stability and traction control will no longer be working as they rely on the same sensors as the ABS.

ABS sensors are mounted at each wheel and monitor the speed at which the wheels are turning. If one is turning slower than the other during braking, it indicates that it is locking up which could cause skidding and loss of steering control. The ABS is designed to intervene by rapidly pumping the brakes at the wheel that is locking up, allowing it to spin so the driver maintains control.

The ABS light will likely come on every time you start your car, but if the light stays on it’s a sign that something isn’t working as expected.

Why is my car’s ABS light on?

● Low Brake Fluid: The brake fluid has a lot to do with controlling the braking pressure within the ABS system. It’s possible that there could be a leak causing fluid levels to drop or excessive amounts of air are within the system, causing the ABS warning light to illuminate.

● Faulty ABS Module: The module of the ABS can form corrosion after a while, one of the most common reasons why there are problems. If a module is corroded, it can’t obtain information from the wheel speed sensor.

● Faulty Speed Sensors: If one of the wheels is moving too slowly, the ABS system will increase the pressure of the brake fluid to allow the wheel to move at a normal speed.

However, if there is a fault with the speed sensor, the ABS light will come on.

● Car Bulb Check: Vehicles will generally perform a bulb check on the dashboard each time the car is started up which is for the driver’s convenience. While these lights turn themselves off after a period of time, it may be a case there is a fault with one of the bulbs, leaving the ABS light on.

● Worn Hydraulic Pump: If there is one wheel moving at a faster pace than the others, the sensors will notify the ABS. The system will then activate the hydraulic pump to increase the amount of brake fluid pressure. These pumps can get worn out, causing the ABS light to come on.

What to do if your anti-locking brake system light comes on?

If the ABS light illuminates on your dash, it’s time to visit a mechanic. Get quotes from local garages in your area to check out your ABS warning light issue today with MyCarNeedsA.com, saving you both time and money. Get your quotes!

Understanding Tyre Markings, Makes & Labels Car labels are part of a regulation that was intr…

Get your car ready after lockdown

With the combination of lockdowns and the cold winter months, the chances are that our cars w…

When Should You Replace Your Cambelt?

When Should You Replace Your Cambelt? If your cambelt fails, unfortunately, this brings with it he…