There Are 3,500 Speed Cameras On Our Roads 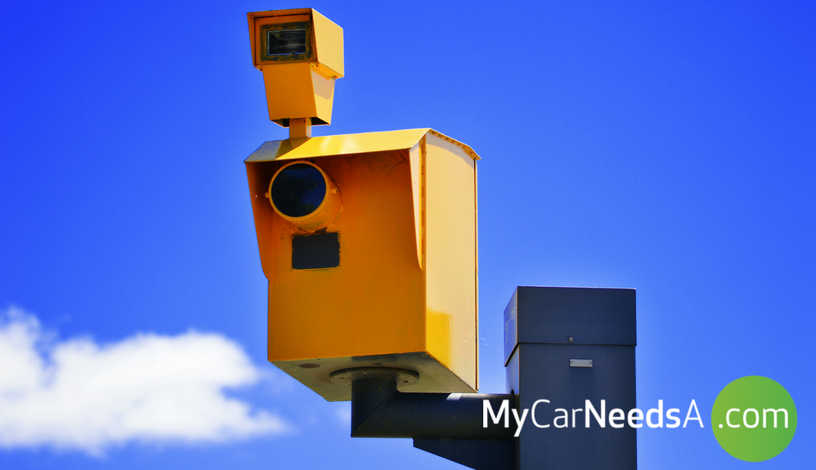 Thought you’d seen the back of the days of ever-growing numbers of speed cameras at our roadsides? Think again.

MPs and senior transport officials say that we need more cameras to compensate for the cuts in real-life police road patrols which have resulted from year-to-year cuts to forces’ budgets.

The cameras are also needed to slow a decline in detection rates of motoring offences in general, members of the Transport Select Committee were told.

The call has come just as insurance company Liverpool Victoria has revealed that the UK’s roads are watched over by more than 3,500 cameras - equivalent to one for every 67 miles of road.

The same research also found, however, that force-by-force, speeding offences have risen by an average of 20 per cent over the past two years. And here’s a sobering thought for the tens of thousands of drivers who commute or drive regularly along the busy M6 motorway through Cheshire - that county’s constabulary caught more speeders on its stretch of the road than any other part of the road network in the UK, a grand total of 12,442.

However, a stretch of the southern section of the M25, around junction 5 in Kent, wasn’t far behind, with 12,330 speeding offences being recorded.

A couple of A-roads also made it into the top five speeding hotspots list - the A59 Scotland Road through the northern outskirts of Liverpool city centre, and the A358 in Somerset, which passes through towns such as Taunton, Axminster and Chard on its way between the Bristol Channel and English Channel.

The research, obtained from the Government as a result of a Freedom of Information request by insurance company LV=, also found that many drivers had become far less confident of their safety when driving, due to Government cuts to police forces’ budgets.

Between 2005 and 2014, these resulted in the number of dedicated road policing staff dropping from more than 7,100 to 4,300 - or a fall around one-third in the proportion of all active police officers to 3.4%, according to figures released by MPs.

This has led to a massive increase in the proportion of speeding offences being detected by cameras - they accounted for 90% of such offences recorded in 2014.

However, the drop in the numbers of ‘live’ patrols is also having a serious detrimental effect on road-users’ confidence in their own safety, the research suggested, with two-thirds of adults unsure that they could be safe on the roads - the proportions were highest in north-west England and in Scotland.

The report implicitly acknowledged that camera technology is being used to fill gaps left by the absence of mobile police patrols. Yet while an advisor to the road transport industry claimed that safety had been improved by the installation of average speed cameras on a long stretch of the A9 road in the Scottish Highlands, he admitted it was still too early to back this assertion up with any statistics.

Another controversial installation of average speed-detecting cameras has been along the A614 in Nottinghamshire. The County Council claimed that, since the cameras went live in 2012, in conjunction with a reduced speed limit, there had been a reduction in casualties. It claimed falls of up to 80 per cent in deaths and serious injuries in some locations, but could not provide the government with any more detailed figures.

The government’s Transport Committee, meanwhile, gave three main reasons for supporting the extension of the use of average speed cameras, namely:

How Do Average Speed Cameras Work?

An installation consists of a series of cameras, typically installed over a distance of several miles.

The first camera notes the time a vehicle passes it, and the last one the time it leaves. If that length of time is shorter than the time taken to drive that distance at the legal limit, a penalty notice can be automatically generated, with the offending vehicle identified using automatic number plate recognition (ANPR) technology.

Fixed penalty notices usually incur a fine of £100 on the driver, along with the imposition of three penalty points on their driving licence.

Average speed camera supporters say they encourage drivers to keep down their speed over a sustained distance, as against the older-style installations, which often prompted drivers to slow down suddenly on spotting them so that they would not get caught, then speed up again, so having a minuscule effect on cutting their speed overall.

Going After The Wrong Targets?

Motorists’ groups claim that average speed cameras often catch out large numbers of otherwise safe drivers. But they also say that it means many police forces continue to include speeding offences in their statistics of ‘solved’ crimes - even though no officers are involved in investigating them - and are so using them to improve their crime clear-up rates.

The RAC, however, claims that, with seven out of 10 motorists still admitting that they regularly or occasionally travel faster than the 70 limit on motorways,“clearly there is an issue of compliance.”

But Motoring.co.uk, reporting the same issue, commented that, as the government’s own research had shown that pedestrians were between 3½ and 5½ times more likely to be killed if they were hit by a car travelling at 40mph as against 30mph, “further use of average speed cameras where (say) there are vulnerable road users could be beneficial.”

However, it added the important caveat, that “to be accepted by the public there has to be a clear, safety-only benefit to minimise the perception that their primary purpose is to raise money,” and concluded: “Guaranteeing [that] any income is used for road repairs might be a start.”

So what’s your opinion of average speed cameras? Have you been caught out by them, and do you think they genuinely force motorists to keep a closer watch on their speed? Let us know in the comments, or on our Facebook page.