Illuminating Stuff - A Guide To Your Car’s Lighting Systems 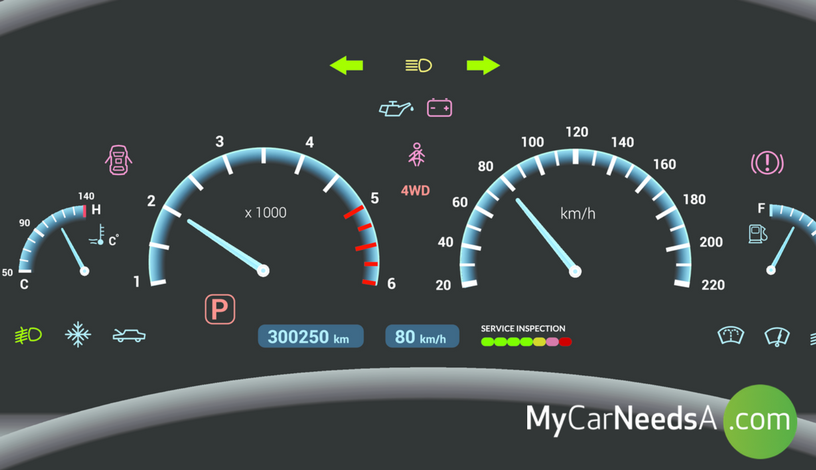 Our cars are, in the main, really comfortable and reassuring places to be.

That, in itself, is no bad thing, as it should mean that we stay alert to what’s happening around us and, just as importantly, how our behaviour is affecting other drivers.

Yet, with every new car model which has taken to our roads since February 2011 needing daytime running lights, it seems this could be leading to complacency among many drivers who believe - mistakenly - that they are an adequate substitute for dipped headlights in all but the dullest of driving conditions.

As the AA remarks: “Daytime running lights are designed to come on automatically when the engine is started - all other lights should remain off.” That includes all rear lights - so although other road users can see you approaching from the front, you don’t have any illumination of the back of your vehicle. So - and this is particularly important in the early morning or at dusk - you should never rely solely on your DRLs, but also use sidelights or dipped headlights.

A source of further possible confusion has again been added, unwittingly, by many car manufacturers. In their quest to make all the instrumentation in their vehicles easier to read, many are fitted with elaborate internal lighting systems. This can quite easily lead to a mistaken impression that you can be seen from the outside when, in reality, your car is only lit up like a Mission Control information panel from the inside!

The Cons Of Daytime Running Lights

Yet, when they’re used on their own, DRLs are actually brighter than a car’s sidelights, and many dipped beam lights too. As a result, when they’re being used in isolation, they might actually dazzle an oncoming driver.

Not only this, but did you realise that your DRLs are not in any way linked to your car’s rear lights? So when they’re the only lights you have on, the back of your car is totally unlit - and there are many driving conditions in which this could mean you’re actually increasing the chances of being hit from behind by simply relying on them.

The worst aspect of these lights is that some manufacturers actually call them ‘courtesy lights’ - as if they’re implying that these are all you need to be showing to be regarded as being courteous to other drivers. Yet if you drive around regularly with no other lights than these, consider whether, by showing lights at the front but not the rear of your car, you’re keeping yourself and other road users safe.

With the advent of DRLs, it is only older cars which now have a separate set of side lights - and these should not be confused with DRLs, because while this setting does only illuminate the smaller bulbs separate to the main beam, it does also turn on the rear lights. So it is a safer setting to use than DRLs at times when visibility is reduced, but not so much that dipped headlights are needed.

Dipped beam is the term given to the usual level of lighting which is emitted when you are using your main headlights.

You should check your car’s manual for the correct setting of your headlight controls for this, but generally, dipped beam is engaged when you have turned the knob which switches on your lights as far as it will go in a clockwise direction.

Dipped beam is the correct setting to use for most driving conditions and contrary to what some people may think, this is also the best setting for driving in fog, rain or any other conditions when visibility is poor. In all vehicles, it is designed as the optimal setting for both illuminating the road ahead, and being seen by other road users - pedestrians and cyclists included.

Where The Problems Begin

The problem for some drivers is that many modern dashboards don’t include an indicator light which shows when dipped beam is in use. Proof that not all forms of progress are good, this was a common fixture in many cars before LED displays became commonplace, but is now rarely seen.

The switch to turn on your lights can take one of a number of forms. It could be a stalk, usually close to your indicators, which you pull or twist to find the various settings, or possibly, a separate dial to one side of the main dash panel. This is also likely to have separate settings for sidelights (if fitted), and main headlights.

What you’re likely to see is a series of icons designed to represent the different modes of use for your exterior lights. The one which looks like a figure ‘0’, quite obviously, is where the switch points when the lights are off.

But it’s the one which shows what appear to be two lights facing away from each other which is often misunderstood, and creates confusion with the car’s DRLs. But this does not active the same function - this is where the switch is turned to illuminate the vehicle’s side lights (if fitted), and, whereas when DRLs are in use, no rear lights are activated, they are switched on when you are using your side lights.

Finally, the third setting is the one which activates the dipped beam of the main headlights. So in most reduced visibility conditions, this is where the switch needs to be turned to, as this will give you clearer forward vision, but also ensure that you can be properly seen by other road users - both from the front and rear.

When road conditions make it desirable, and it’s safe to do so (i.e. there is no danger of you dazzling oncoming drivers or other road users, including pedestrians and cyclists), you can switch to full beam.

This is activated in most modern cars by either pushing or pulling lightly on the indicator stalk, either towards or away from you, until it clicks. To protect other drivers, when your lights are switched to full beam, a blue light on your dashboard display will illuminate. This is meant to be a reminder that your lights are switched to full beam, so that you can return them to dipped mode quickly to avoid dazzling other people.

You might not realise it, but full beam headlights are far less use in foggy conditions than dipped ones. This is because the brighter light doesn’t help improve your view ahead in such circumstances - the light is instead reflected back towards you. So your vision is actually worse than if you just use ordinary, dipped headlights.

Fog Lights - When Must You Use Them, And Equally Importantly, When Mustn’t You?

So we’ve established that dipped headlights are essential in fog. But such conditions also create more uncertainty among many drivers. Firstly, where are my fog lights - and secondly, do I use them correctly?

Your rear foglight is usually a single bulb, but it is designed so that it is much brighter than your other rear lights. The foglight can be integrated into your rear light cluster, or can be a separate fitting.

Rule 236 of the Highway Code states: “You MUST NOT use front or rear fog lights unless visibility is seriously reduced as they dazzle other road users and can obscure your brake lights. You MUST switch them off when visibility improves.”

The bold type and capital letters here aren’t ours - they’ve been put there by the people who make the rules to emphasise the importance of these instructions.

So there you have it. True, it can be really difficult to judge when it’s right to use fog lights - but conversely, it’s usually fairly obvious when you no longer need them, and so leaving them on might actually be causing danger to other drivers.

As a driver with more than 30 years’ experience, now that I’ve put this guide together, I should make a confession - there is no greater source of irritation to me than others who show their ignorance of the workings of their vehicle’s lighting by either leaving their rear foglights switched on when not needed, or thinking they can get away with driving on just their daytime running lights in poor weather or when it’s starting to get dark.

So hopefully, if I encounter you on my travels and you’ve read this article, you’ll be wise to all the workings of your car’s lights so won’t unwittingly put yourself and others in danger. Right?

OK, here’s your chance to sound off. What most irks you about other drivers’ use of their vehicle's lights? Let us know via Facebook, and let’s see whether we fill in a few gaps in some people's knowledge...