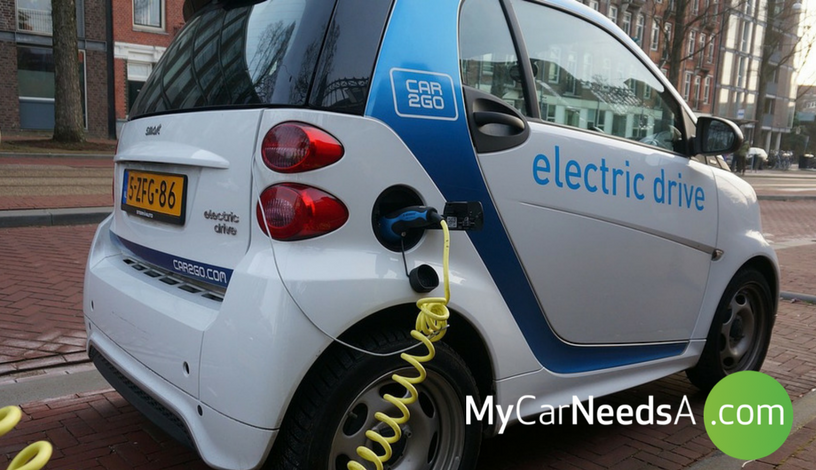 How Much Pollution Does An Electric Car Produce

A car which produces no emissions, yet can get us from A to B relatively quickly has to be the ‘holy grail’ for the motor industry.

And in many people’s eyes, the closest we have come so far is an electrically-powered vehicle.

Yet some sceptics have pointed out that removing emissions of a range of potentially harmful substances from our use of motor vehicles is going to be a much longer haul than simply switching to driving electric cars.

While an electric car might be able to run on power taken from the mains supply through a specially-adapted plug, you also have to consider how the power which is fed into that supply has been produced - and the truth is that, in most cases, you really have no way of knowing.

That means it’s perfectly possible that the energy with which owners top up the batteries in their electric cars has been produced from sources which are far from green. So in order to power these cars, it’s likely that a range of greenhouse gases, as well as possibly some other noxious substances, will have unavoidably been created.

Putting The Cat Among The Pigeons

While from the point of view of what comes out of the exhaust pipe, an electric car, or even a hybrid petrol or diesel/electric vehicle will have a clear advantage, you have to think about what is put into such a vehicle to power it in the first place.

And the plug-in chargers from which an electric vehicle (EV) take their ‘juice’ from the standard national supply. That means that power could come from a variety of sources - including wind, hydro, gas, and yes, even coal and oil.

And American studies have shown that the proportion of the mix of power sources which can be considered ‘clean’ varies hugely, depending on where you live, the local policies in force, and even the amount of demand being created for energy at any given time.

The biggest caveat, acknowledged by the researchers from a group of economists including experts from the University of North Carolina, is that they don’t consider a full ‘lifecycle’ analysis of emissions - so activities such as making the car, drilling for oil, or transporting coal aren’t included in the environmental costs.

“Some previous studies have found that EVs are cleaner than [petrol] cars when you consider the totality of impacts; yet others have found that’s only true if the power grids that charge EVs are also clean,” noted Eric Jaffe in the original article on CityLab.com.

So while engineers and scientists have only concentrated on the environmental impact of what a car produces while it’s being used - because that’s all they can, in reality, have control over - claims that a car can be produced which is either negative or just neutral in terms of its impact on the environment are somewhat flawed.

Their studies centred on five main types of pollutant which are known to be produced by a vehicle - carbon (CO2), sulphur dioxide (SO2), nitrogen oxide (NOx), particulate matter (PM 2.5), and volatile organic compounds (VOCs).

They also examined 11 models of electric vehicles, and compared these to 11 of the closest equivalent petrol-powered cars they could find.

For petrol-powered cars, calculating environmental damage was pretty straightforward. The researchers considered factors like a car’s fuel-efficiency rating (city miles for urban counties, highway miles for non-urban), pollutant dispersion (such as average wind patterns), and number of environmental damages (to health, infrastructure, crops, and so on). Together that data gave them the aggregate emissions resulting from driving a certain petrol-driven car one mile in a given U.S. county.

Given the lack of information on where the energy to power the electric vehicles studied had come from, measuring their environmental impact was much trickier.

The boffins used an EV’s fuel-efficiency equivalent (kilowatt-hours per mile) to work out how much electricity it drew from a regional grid. They also knew the hourly emissions profiles for the five target pollutants at 1,486 power plants across the US. So for each county they knew how the grid responded when an EV was plugged in, which told them how much environmental damage that car produced at the power plant.

The researchers then converted all their damage estimates into dollar values, and the result was a value for the environmental cost of driving a mile in an electric and a petrol car alike.

One obvious finding of the research was that the damage caused by a petrol-powered car was much greater in urban areas - a direct result of the stop-start and often much slower nature of driving in many cities, as well, of course, as the far higher traffic levels.

An unexpected finding from the figures for the damage caused by the electric-powered vehicles, however, was that there were striking regional differences.

The lowest levels of damage were found in areas where the prevailing mix of local power sources was heavily weighted towards those which produce lower levels of carbons and other pollutants.

Yet some cities were noted to benefit considerably more than others from the use of EVs.

Los Angeles is a notable winner from the use of EVs, chiefly because pollutants from petrol cars are trapped at low levels in the atmosphere, leading to the notorious local smog which even leads some people to call the city ‘Smog Angeles’. Meanwhile, the wide open spaces of the Nevada desert not far away are home to many cleaner sources of power, such as solar panels, so the environmental damage is both remote and minimal.

The study has led some people to call for the traditional taxation regime on petrol-powered vehicles to be relaxed, and for EVs - which at present attract subsidies designed to encourage their use, worth up to $7,500 for the purchase of an electric car - this maximum amount being paid by the authorities in Los Angeles - to be made subject to tariffs similar to those paid by buyers of petrol cars.

“Even in the most extreme areas, the existing subsidy - let alone the additional state incentives - are not justified by the environmental benefits to air pollution,” said study co-author Stephen Holland of the University of North Carolina, Greensboro.

“If we were just setting a national subsidy or tax on the purchase of EVs, then our calculation shows that should indeed be a tax instead of a subsidy,” Mr Holland added.

BusinessInsider.com commented on the findings: “If anything, [they are] a reminder that there’s a high social cost of driving everywhere - especially in cities.”

Mr Holland suggests that one way of evening up the cost, and ensuring that all drivers bear a fair share of the burden of the environmental cost of their car use, would be to charge a locally varying per-mile fee which would also be adjusted depending on the type of vehicle.

Even then, the study contains a major caveat, in that it doesn’t consider a car’s emissions through its full ‘life-cycle’, so factors such as the making of the car, drilling for oil, and transporting coal to power stations aren’t included in any of the calculations.

The Only Truth Is That All Vehicles Cause Damage

One thing’s abundantly clear from all this - and it’s that all vehicles, during their lifespans, have a negative impact on the environment, whether it’s from the way they’re made, or the by-products which come from their use.

It does mean, though, that manufacturers still have big incentives to try to reduce the amount of environmental damage caused by vehicles when they’re being driven, as it is the one way in which they can try to influence the behaviour of the car-buying public.

And one of the latest advances in producing a more user-friendly electric car is being claimed by Nissan. The Japanese manufacturer - which also runs the biggest car-making plant in the UK, in Sunderland - is claiming that it has made advances in battery technology which could extend the typical range of one of its Leaf electric cars from 150 to nearly 400 miles.

As the Financial Times points out: “Extending [an electric car’s range] to a level comparable to petrol or diesel cars is essential in winning over more consumers to the technology.” This is a big reason why pure electric cars such as the Leaf accounted for less than one per cent of all UK car sales in 2015.

Nissan believes the key to it achieving better ranges for all battery-powered cars lies in using a sodium compound inside the battery instead of a carbon one, so increasing the energy density of a standard lithium-ion battery by up to 150 per cent to up to 700 watt hours per litre by 2020, and with an eventual target of more than 1,000 by 2025.

The longest range so far achieved by a production car is believed to be that of the Tesla Model S, which its manufacturer says can cover 250 miles between charges - although the major downside is this car’s price tag of $90,000 (more than £62,000).

Meanwhile, Nissan is collaborating with three Japanese educational establishments on work which it hopes will lead to the development of a new generation of high-capacity batteries.

Holland says he knows his research will prove highly controversial, but he counters that he wants people to appreciate that the electric versus petrol car debate is very complex, and that geography also plays a key role in policy formulation.

As a result, his conclusion to his findings sees him sitting firmly on the fence: “There will be a niche for [petrol] cars, but our calculations show there are substantial benefits to electric vehicles in some places.”

So there you have it - the relative merits of electric and petrol cars are sure to continue to be debated long into the future. Meanwhile, the need for us to address the issue of the damage caused to our environment by our long-standing love affair with the internal combustion engine - in most of its many guises - is the one thing that most academics, and the rest of us for that matter, can agree upon.


Is there anything which would swing the argument towards buying an electrically-powered car for you? Or would you find it impossible to leave behind the familiarity of your petrol or diesel transport? Let us know on our Facebook page.

According to statistics recorded by the Society of Motor Manufacturers and Traders (SMMT), in…