A Guide To Your Car’s Exhaust System 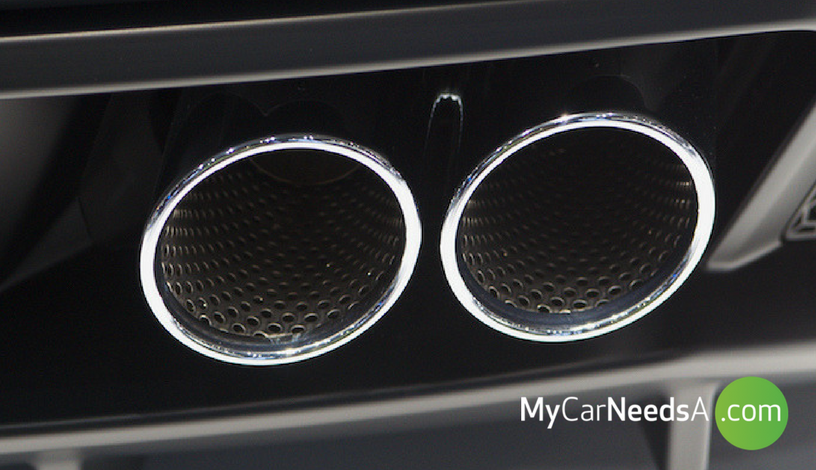 Most of the time, you probably take your car’s exhaust system, and what it does, totally for granted.

That is, until something starts to go wrong with it, when the symptoms can be disconcerting at best, and pretty scary at worst.

It’s impossible to say how long a typical car exhaust system should last, as there are huge variations in the way every car is used. This is partly why the warranties you can be offered on an exhaust system vary greatly too.

The waters are muddied further by the fact that an exhaust system is actually one of several car components which are designed to work at high temperatures. So keeping them idle, and therefore, cold, for long periods can actually shorten their lifespan.

So What Does My Exhaust Actually Do?

So from this, we can probably deduce that travelling in a car without an exhaust system would be a pretty noisy experience - if not altogether dangerous.

You’d also be instantly breaking the law on vehicle emissions - no matter how much noxious material your vehicle belches out when your exhaust system is fully operative, that amount will be greatly increased if those gases and other substances aren’t properly channelled away into the atmosphere.

What Are The Main Parts Of An Exhaust System?

Because we rarely get down on our hands and knees and look under our cars, most of us probably only ever see the very end of our exhausts - the tail pipe through which those nasties are blown out into the air.

But a typical car exhaust system extends about three-quarters of the length under the car - or about three metres - from the engine block to the tip of that tail pipe.

That length of metalwork includes five or six main components, depending on the type of fuel a vehicle uses, which are as follows:

What Can Go Wrong With The Exhaust System?

In some instances, an effective solution can be found by simply replacing the part of the exhaust system which has failed. For example, if part of the pipework has corroded it is possible to simply replace this. But if the fault is with the range of components contained in the main exhaust box, such as the catalytic convertor, these can be individually replaced - but this still entails the removal of the exhaust system to access the affected part.

While a range of products, such as putties and bandages, can be used to effect a temporary repair to an area of bare metal which is part of an exhaust system, it must be stressed that such products do not offer a long-lasting solution. So while they might be useful in getting you to your destination, they are not permanent ‘fixes’, and you may be liable to prosecution and a fine if the repair means you are still violating road traffic laws.

How Might A Faulty Exhaust System Affect My Vehicle?

Apart from the already-mentioned extra noise which is usually a symptom of a faulty exhaust (or part of it), deterioration of your exhaust system can also lead to reduced fuel efficiency. This is caused by the engine being forced to work harder than it should to produce power. So if you notice that you’re using more fuel, it could be worth getting your exhaust system examined, in case a fault in it is at the root of your problem.

In any case, it’s a sign that your engine isn’t working as efficiently as it should, so you should get it looked at in case another part of it needs attention and repair or replacement.

Exhaust system repairs and replacement are a staple part of many mechanics’ work, and mostly are not complicated tasks. Nevertheless, a full replacement is a job which should be entrusted to an expert.

One reason for this is that a complete exhaust system is treated as a separate component to the main part of a vehicle. As such, it is not usually covered by the vehicle’s warranty. But if you have a system properly fitted by an approved supplier, the manufacturer of the system itself will offer a guarantee covering its main parts.

If you’re having an exhaust repair carried out, you’ll find a bewildering choice of garages and specialists willing to do it. You can choose from the best in your area by using Mycarneedsa.com.

You simply post the details of the job you need doing, and wait for garages in your prescribed area to leave their bids for completing the work. You can then choose the one which fits your budget and your other needs, such as locality.

Whatever type of car repair or maintenance work you need to have done on your car, give MyCarNeedsA.com a try, and choose from independent garages and main specialists in your area who can do the job, and check out reviews from customers who have already used them.