The Fuss About The New Ford Mustang 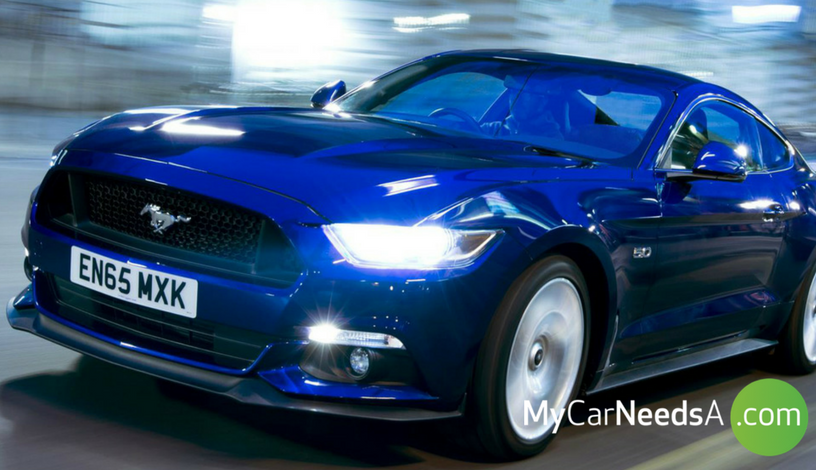 It may have only acquired a cult following here in the UK, but across the Atlantic, the Ford Mustang is a car which defined an era in American life, becoming the first car with sporting dash and style which was within the reach of nearly everyone.

Never marketed, nor intended, as an exotic car, American motoring history website Edmunds.com describes how the original cars were “assembled with haphazard care by a workforce facing a quick-moving, continuous production line with parts that were shared with [other cars]. Handcrafting and taking the time to do something extra special has never been part of Mustang production.”

Yet more than 50 years after the original debuted, hardcore classic car fans still venerate the car - even if the shortcomings in its production methods mean the few which have survived need a lot of TLC to keep them running.

As the team at Edmunds notes, the appeal of the original Mustangs lies in one simple fact - they were “extraordinarily attractive” cars, which meant they went on to become the embodiment of a prosperous, confident America, which was emerging from the doldrums and staking its claim to be the most powerful nation on the planet.

Edmunds calls the car “a pillar of American automotive lore” - and in a country which attaches so much sentiment to its motoring traditions, that shows just how important the Mustang has been in putting America on the world car-making map.

A Brief Lesson In History

At this point, a brief history lesson is in order, to help us understand a little of the Mustang’s significance in American culture.

When the first production Mustang broke cover, in 1964, the motoring engineers of Detroit knew that America was on the verge of a major explosion in the population of young drivers. They also knew that these hip young things wouldn’t want to drive anything which resembled what their parents did.

Chevrolet had been the first company to try to reflect the aspirations of this new generation in one of its cars, with the Corvette, and Ford wanted a piece of the same pie.It knew that the Mustang had to be a sleek car with presence, but to make it affordable it also had to share parts from other proven Ford models, notably the Falcon, the company’s mainstream family model of the time.

Yet nose-to-tail, the Mustang measured more than 15 feet long - and its long bonnet, low roofline and three-section tail lights were individual touches which helped make it a car people could be instantly passionate about. Forget the staid cars of the past - here was a car which stirred the emotions, and the Mustang branding of a wild, untamed horse reinforced the car as a way in which people could express their free-spirited character.

A three-speed manual or automatic gearbox was standard on all models but the range-topping versions fitted with a 4.7-litre V8 engine, which could be specified with a four-speed manual transmission.

Suddenly, Ford had a runaway success on its hands, and it had to rapidly add production capacity at all its available factories to keep up with the demand. And of course, everyone aspired to the most powerful version - even if there are many tales that its all-round drum brakes were woefully inadequate for bringing such a hefty car to a quick and safe stop.

A Best-Seller - With A Bullitt

But the Mustang’s place in American cultural history was cemented in 1968, when Steve McQueen got behind the wheel of one in the film Bullitt.

This gritty action film is best-known for its car chase sequence, filmed in San Francisco’s Chinatown, which has subsequently been referenced in other TV shows and Hollywood movies, including everything from episodes of Scooby Doo to Quentin Tarantino’s True Romance, and of course, car chase films such as Gone in Sixty Seconds and 2 Fast 2 Furious.

By the late-1960s, Ford decided to try to transfer the Mustang’s success to the track, in particular to compete with Chevrolet’s Camaro in the Trans Am race series. This helped push sales back upwards. However, despite just under 300,000 being bought in 1969, that was still less than half the highest total annual sales figure achieved three years earlier.

By 1971, though, many felt the designers had started to lose their way. While the original car managed, despite its generous size, to keep an airy feel inside, sales figures were down to a quarter of what they’d been five years earlier, and that light-feeling interior had become rather sombre as the car’s external dimensions had grown.

Hamstrung by its unsophisticated original chassis, and forced to comply with tougher new emissions regulations, a 1973 model re-jig was poorly received, and Ford had its work cut out competing with a tidal wave of smaller, lower-powered - and therefore cheaper to run - Japanese imports.

So the following year, it unveiled a completely new model, even calling it the Mustang II to distance it from its predecessor. While this was lighter, and 12½ inches smaller, than the earlier car, Ford’s decision not to offer anything more potent than a 2.8-litre V6 engine also meant this could hardly be called a ‘muscle car’ any longer.

The Bump From Charlie's Angels

A touch of TV magic nonetheless gave sales a healthy push, after Farah Fawcett-Majors’ character, Cheryl Munroe, was regularly seen driving one in Charlie’s Angels. But this merely resulted in the sales decline levelling off, rather than turning it around.

The Mustang’s momentum was decisively stopped in its tracks by the OPEC oil embargo of 1973, which resulted in supplies from the Middle East being strangled, and the price of a gallon of fuel doubling. Suddenly, the world had changed, and along with it buyers started to question their ‘need for speed’, even though the model carried enough cachet to continue in production for another six years.

Subsequently, Ford decided it had to make the Mustang more closely related to other mainstream cars. So the sixth generation model, introduced in 1979, was built upon the platform of the Fairmont model and given a more sophisticated suspension set-up. This benefited Ford, in that the car stayed in production, with minor tweaks, until 1993.

But most importantly, the engine range - even the wannabe muscle-car 5.0-litre V8 - was severely emasculated in comparison to all five previous generations to carry the running horse badge.

Yet the car had one more stab at achieving immortality, thanks to the decision of the California Highways Department to buy them for use as patrol and high-speed pursuit cars.

As we entered the 1990s, speculation was high that the Mustang would be killed off by Ford, especially when it announced it would need to re-engineer the car to accommodate a driver’s airbag.

But by now, Ford knew just how important the car was to its fortunes, and a 1994 re-working saw the return of many design cues from earlier models - notably including the first purpose-built convertible model since 1973. Now with just two engine choices - 3.8-litre V6 and 5.0-litre V8 - enthusiasts were struck in particular by the weak performance of the flagship power plant when compared with its predecessor. But no one could deny that the cars now handled better and felt more secure than ever before.

Sales again picked up, but remained far below the peaks achieved by its ancestors, with enthusiasts kept satisfied by a succession of special-edition models, and as the 1990s drew to a close, sales again hit an upward trajectory, just in time for the release of the eighth-generation model in 1999, as the Mustang celebrated its 35th anniversary.

Changes to the styling and the engine line-up were modest, but the big news was provided by the Cobra model. Reviving a name which had been used for the top-powered models during the mid-90s, mechanically the major change was a fully-independent rear suspension, the first ‘stang to go down this road. However, Ford found itself facing a lawsuit when word spread that most owners couldn’t get the claimed horsepower out of their engines.

Consequently, sales dived between 1999 and 2000. But Ford wasn’t done, and 2001 saw a limited-edition ‘Bullitt’ model, based on the standard GT variant, but with lots of neat cosmetic details, which resulted in all 5,000 of the limited run selling out quickly.

Going Out With A Bang

By 2003, Mustang had become a past master at drawing on its heritage to attract new buyers, and this year saw the introduction of the quickest Cobra model to date, with its supercharged V8 engine putting out 390bhp.

The following year, the marque’s 40th anniversary, saw every Mustang adorned with a special badge… er, and little else. That was because Ford was about to bring us its ninth-generation Mustang, which would turn out to be a real throwback - in a good way.

Lots of references could be seen to the classic late-60s cars, especially around the seating and instrumentation. Yet a new suspension and lighter components helped improve handling, while bigger brakes ensured that the 60s references didn’t extend to one of that era’s cars’ biggest weak points.

Back To The… Present

Now we’re on iteration number 10, and Ford has finally decided that Mustang owners shouldn’t be embarrassed to show their muscle, with the latest car packing a minimum of 200bhp in the basic V6 guise. It has finally also brought the handling into the 21st century with a lighter suspension meaning the car is quicker to react to changes in road surface.

Available as a fastback or convertible, it remains a car which is decidedly not for shrinking violets, and the Mustang will be returning to claim its crown as one of the best-loved movie cars of all time, when it features in a big-screen adaptation of the Need For Speed video game. Engine options are two real extremes - a 2.3-litre EcoBoost or 5.0-litre V8 (the latter carrying a GT badge), and the car can be bought with five-speed manual or six-speed automatic gearboxes.

And the punchline to the story is that - finally - the Mustang can be bought in the UK as a purpose-built right-hand drive car, although at the time of writing you’ll have to wait about a year to get your hands on one. This has resulted in some speculators advertising lightly-driven cars for sale at a £10,000 mark-up on the list price - which, incidentally, starts at £30,000 - or £33,000 for the V8.

So the new Mustang will never be a common sight on British roads, but that’s exactly what most of its owners would want. They expect to turn heads wherever they go - and for a car whose roots stretch back half a century, and which has earned a place of its own in the pantheon of classic cars, that’s no mean achievement.

Are you excited about the fact that you can now buy a genuine right-hand drive Ford Mustang here in the UK? And do you have any fond memories of the previous cars? Let us know via Facebook or Twitter.