Should We Be Ditching The Diesel?

The UK government announced plans to follow in the footsteps of France with the clean air strategy in a bid to bring down the levels of nitrogen dioxide emissions. As a result of these ambitious plans, there will be a commitment to banning the sale of new diesel and petrol cars in the UK by 2040 as an encouragement to people to scrap their diesel car and switch to electric or hybrid vehicles.

We asked on Twitter “when will you ditch the diesel?” back in July, this was a small sample of people however the results are a sample of the UK car market. 35% of those who voted are changing sooner than the deadline and 65% are either not sure or would rather wait until they absolutely have to change their car. 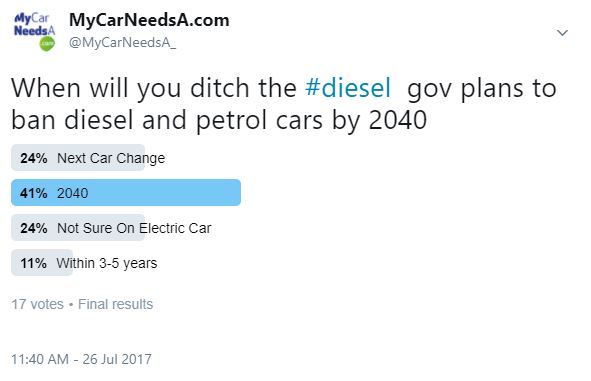 Fear of The Unknown

This would indicate from the sample survey that people are sceptical of the switch from diesel and will perhaps need a little more persuasion to purchase an electric car prior to 2040. In fact 41% of those surveyed said they will wait until the last minute before buying an electric car .

Of course, the diesel ban will only be applied to new cars so not every traditional combustion engine will be off the road, however, there is speculation of diesel fuel costing the owner/ driver a lot more as it could potentially be taxed more, so it may eventually be in the interest of the diesel driver to make the change.

With new car technology, there will always be a shortage of skill outside of the franchise dealer, should the car need repair or maintenance work. Working with high voltage ULEV’s will require a specialist mechanic or technician and one who has been trained with the latest equipment.

Aside from the current shortage of skill, there are a lot of benefits to the consumer that make having an electric car worth it, such as cheaper fuel and very little maintenance costs. However, as the development of new electric and hybrid cars is unfolding there are developments to be made in terms of charge time, battery life and more convenient charging stations.

What are manufacturers doing?

As the industry evolves and changes manufacturers are producing and unearthing new ideas which will better improve our environmental footprint. There are a significant number of electric cars and hybrids listed for release in the next few years, Volkswagen are rumoured to roll out as many as 30 new electric vehicles in the near future, including upgrading the legendary VW Campervan to an electric version which is due to release in 2022. 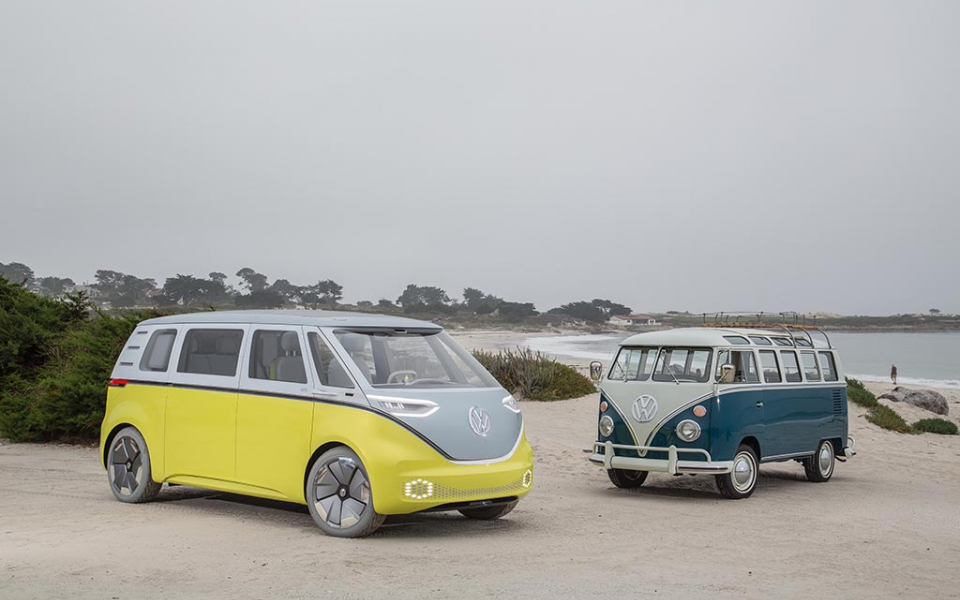 Other Manufacturers such as Mercedes-Benz are offering diesel scrappage schemes to encourage their customers to move to electric and hybrid options, The VDA in Germany are planning to retrofit engine software to improve emissions and tackle nitrogen oxide levels by 25-30 percent. Volvo has also taken an ambitious stance against the traditional combustion engine by committing to manufacturing purely electrical cars by 2019, making a tight deadline of 2 years to halt manufacturing of all diesel and petrol cars. Ford have recently announced plans of a scrappage scheme which unlike any of the other manufacturers also includes plans to eliminate any harmful petrol engines as well as diesel.

Other manufacturers are said to be adding hybrid versions to the range, Alfa Romeo talked about its renowned DNA system to feature a performance eco-friendly hybrid mode, BMW has already been in the market early with i8 and i3 models as well as Hyundai announcing a new line-up of hybrid and electric cars which are to reach the market by 2022.

It is evident that some manufacturers are moving more toward electric new car releases however, most manufacturers are keeping to the hybrid model for their next release then most manufacturers are planning to phase in completely electric vehicles. So, whether you are a car enthusiast or not, you can’t deny that the future of the motor industry is changing and our next car purchase could be an electric or maybe even a self-driving car.