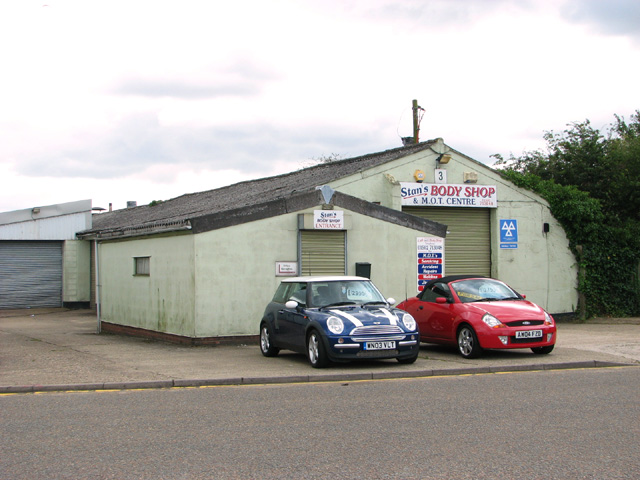 The cars we all drive today are massively safer and, in general, more reliable than ever before.

Yet the laws saying that every one must undergo an official test once it reaches its third birthday have been in place since 1967. So it seems appropriate that, exactly 50 years after that major change, the UK government has floated a suggestion that could mean new cars taking to the road from next year won’t need to be tested until their reach their fourth birthday.

The Driver and Vehicle Standards Agency (DVSA), the government body which oversees the standard of both the vehicles on our roads and the people driving them, and which is behind the latest proposals, is touting the cost-saving benefits of the idea. It claims that it will remove the need for 2.2 million drivers every year to submit their vehicles for the test for the first time.

Its own data shows that about four out of 10 vehicles currently fail their first MoT test. Yet it also reveals that nearly one in five of all failures are down to something as simple as a blown lightbulb.

This is why, in parallel with its proposals, the government is also launching a new drive to try to persuade motorists of the benefits of carrying out simple maintenance tasks on their own vehicles. It has even backed this up with the release of a number of videos, aiming at showing drivers how easy it can be to carry out many of the minor maintenance tasks which can contribute to securing an MoT test pass.

Did you know that parts of the UK already enforce a four-year minimum age for submitting a car for an MoT test? Yes, that’s the law which applies in Northern Ireland, as well as in a handful of other European countries, namely France, Italy, Spain, Denmark and Norway.

It didn’t take long for the proposal to stir up lively debate on many news websites, including Autocar, where comments ranged from saying that the plan was long overdue, and “made sense”, to the other side of the coin, where one contributor said: “You cannot trust all owners of newer cars to stick to the manufacturer's maintenance regime. Also, such a change fails to take account of all the very high mileage ex-company cars entering the market after two or three years, cheap used cars that ARE likely to escape proper maintenance.”

So there are clear battle lines being drawn over the issue, with arguments being floated on both sides.

One thing is clear, though: if drivers don’t need to take their car for an official test until it reaches its fourth birthday, we could see a sudden surge in the amount of work for lots of garages - from franchised dealers, through the specialists who come from this background and concentrate on servicing and fixing cars of a particular make, to the general independent garage operators, whose staff pride themselves on having a broad knowledge of a variety of models.

If the period of time for which a car doesn’t need to have an MoT certificate is extended by a third, as the proposals suggest, might it not mean that one-third fewer cars achieve that coveted first-time pass?

Well, another factor which suggests this might not be the case is the growth in the length of new car warranties offered as standard.

Kia, of course, has led the way for some time with its seven-year standard warranty on all new vehicles. It even allows the warranty to be transferred between owners during the validity period, meaning that second, and even subsequent owners can benefit from knowing that the manufacturer will meet the cost of replacing items on a list of important components.

Toyota, which offers a five-year warranty, has also gone some way down the road of breaking away from the industry-standard which has applied for many years, of three years.

As a result, this has given a boost to values of used Kias and used Toyotas, with owners in the market for a second-hand model facing keen competition in their efforts to track down the cream of the models available.

Another consequence of the increased reliability of cars has been the growth in companies offering extended warranties on a variety of vehicles. So if you run a car which is approaching its third birthday - and so might be about to see its original warranty expire - you might be able to take advantage of a further policy which covers the cost of repair and replacement of certain parts. With increased numbers of such vehicles now on the road, it seems the Government is confident that an extension of the length of time before a car needs to undergo its first MoT test won’t mean more unsafe vehicles ‘slipping through the net’ and being able to stay on the road.

As we have already touched upon, one sure consequence of pushing back the date of a car’s first MoT test will be that every car owner will need to take more responsibility for the condition of their vehicle. And that won’t just mean as it approaches the date when it’s due for its first test either. A fault which starts to develop in a car when it’s two years old, say, could become far worse - and cost the vehicle owner far more to have put right - if it’s not picked up until that car goes for its first MoT test once it has turned four.

Yet we hear the findings of regular research which suggests that, generally, Britons are more ignorant about the workings of their cars than ever.

A survey carried out in late 2016, for example, suggested that just over half of motorists admitted they wouldn’t even be able to change a tyre on their car if they needed to, and three out of 10 said their first port of call would be the internet if they needed to look up how to solve a problem with their car.

That’s why, in parallel with floating its proposals to extend the first-MoT date, the government is also aiming to raise awareness of lots of information which it has put on the internet, giving instructions for carrying out a range of basic maintenance tasks.

Car Defects Down - But Is This The Way To Go?

Another of the government’s main arguments for putting forward the changes now is that the number of three or four-year-old cars involved in accidents where a vehicle defect is found to have been to blame dropped by nearly two-thirds between 2006 and 2015.

But among the voices expressing reservations on the plans has been that of Edmund King, who has become well-known for fronting many campaigns on road safety issues in his capacity as president of the AA.

He took to Twitter quickly after the plans were announced, saying that, while the financial savings for drivers were welcomed, it could mean delays in picking up faults on many vehicles. He also polled followers on his page, and more than half (54 per cent) said they wanted the current three-year MoT test rule to stay.

What remains an undisputable fact, though, is that there are clear links between how closely to the manufacturer’s recommended intervals a car has been serviced, and its chances of passing the MoT test.

So our message at MyCarNeedsA.com is simple: don’t think that the prospect of having an extra year before your car needs an MoT lets you off the hook. If anything, it means you have longer to make sure that you fulfil your responsibility to keep your car running safely, before the prospect of an MoT failure - and unforeseen repair bills - hammers home the message.


Don’t skimp on car servicing or maintenance, especially when you can control how much you pay for repairs by registering with MyCarNeedsA.com, and getting garages to come to you with quotes for any work. You can now even save money on another major motoring cost - your car insurance - by getting quotes through our comparison service.