What is Alternator Replacement? 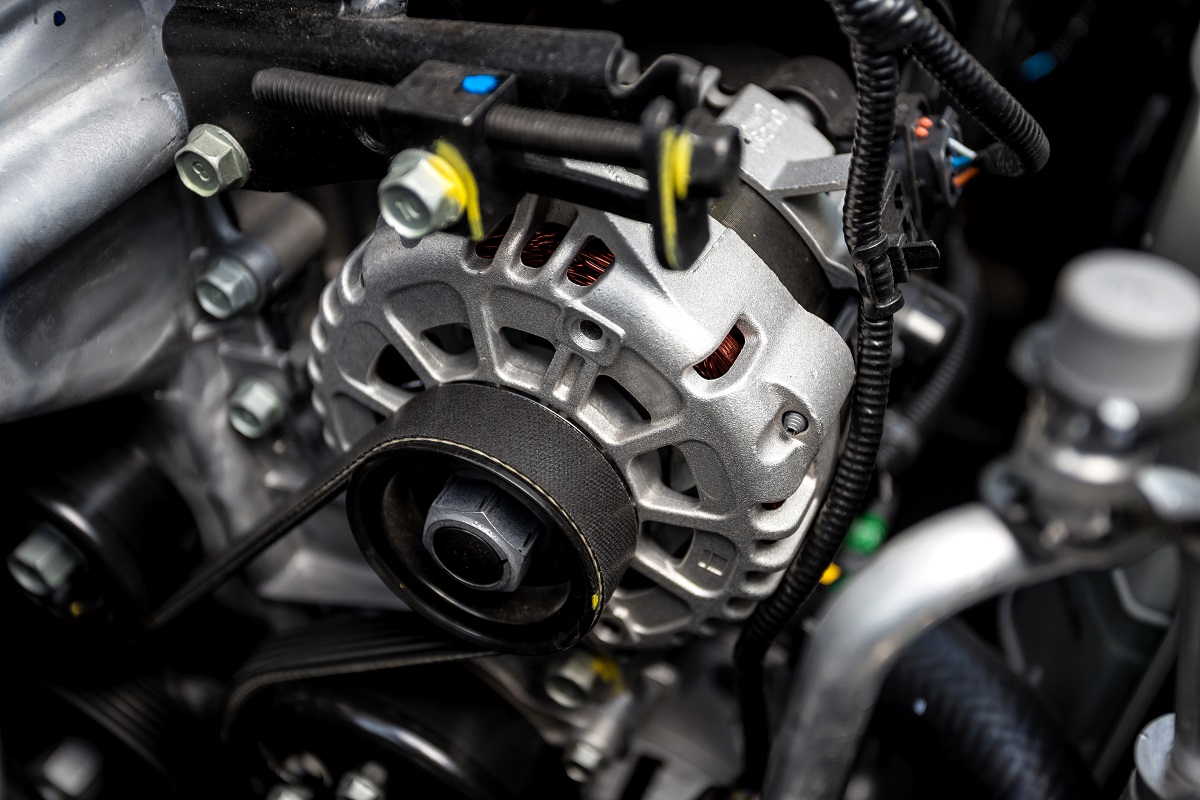 An alternator has two important functions; keeping your cars electrical system running and recharging the battery. If your alternator stops working, it’s not going to be able to recharge the battery. Which will result in it draining and preventing the car from starting.

How does an alternator work?

An alternator works alongside the battery to provide power for the electrical system in any car. It can be found near the front of your car’s engine. A belt connecting the crankshaft pully and alternator provides it with power. Inside an alternator, there is a rotor which is an electromagnet spinning inside the stator, which consists of wire coil windings. As this rotates, electricity is generated and fed into the battery via a regulator. The regulator ensures a steady rate of voltage.

Why does an alternator fail?

Failure can occur due to the breakdown of the needle bearings that allow the rotor to spin. The breakdown happens as a result of dirt and heat over time. Sometimes, this process happens due to many years of build-up and heat cycles. While there’s no set time for how long a car’s alternator will last, having a failing battery can also reduce the lifespan of your alternator.

Am I having problems with my battery or alternator?

Does your alternator need to be replaced?

An alternator can be found close to the front of the engine. If you’re going to be replacing it yourself, be sure to disconnect the battery so any risk of shock is removed. Often hidden in other parts in the engine bay and can be harder to access. Don’t want to attempt it yourself? Get a quote with local mechanics in your area here at MyCarNeedsA.com!