Can I Drive in the Bus Lane? 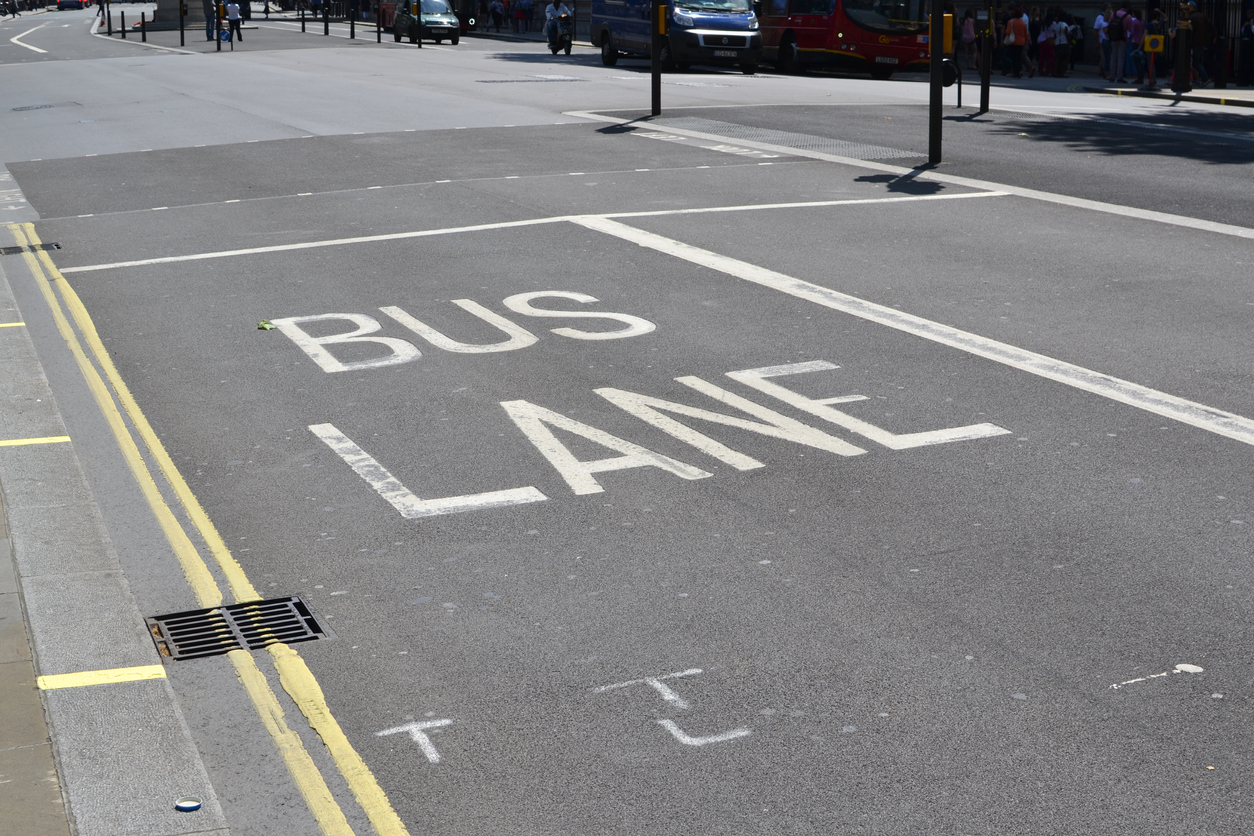 Bus lanes are used throughout the UK to help separate traffic, and to ensure it flows with ease through cities and busy urban areas. As a driver, bus lane driving rules can be easily forgotten or ignored, especially for those who aren’t used to driving through busy city areas. In this blog, we will be covering everything from how to spot a bus lane, how they are used and what happens if you drive in a bus lane illegally.

How to spot a bus lane

This may seem stupid to those who already know what a bus lane looks like, but we just want to jog your memory. Bus lanes will be clearly marked most of the time by a solid white line. These lines mark out the edge of the bus lane and should not be crossed while it’s in operation.

Dashed white lines are used at the beginning and end of bus lanes, they can be used where it’s acceptable for vehicles to cross into it, for example, if they need to reach a loading bay.

‘Bus Lane’ will appear in huge letters across the lane also.

When can you not drive in a bus lane?

Bus lanes will have blue signs indicating when they will be in operation. This will vary depending on the area you’re in or the road you’re using. When in operation, only busses can drive in the lanes. If you do not see any signs, then that bus lane is in operation 24 hours a day, 7 days a week and cannot be used by any unauthorised vehicles.

When can you use a bus lane?

You can drive in a bus lane outside its operational hours providing it is safe to do so. This will help ease traffic congestion, as it will free up another lane for other vehicles. The blue sign will also show which vehicles are permitted to use the lane.

Bus lane driving rules – who else can drive in a bus lane?

Let’s be clear that this will all depend on the lane in question. Some bus lanes are entirely for buses only, unless indicated otherwise. Some vehicles may be permitted to use a bus lane at a certain time, can include; taxis, mopeds, scooters, bicycles and motorcycles.

Can you get points for driving in a bus lane?

Bus lanes are increasingly monitored by CCTV cameras, which are used to help record any unauthorised vehicles driving or parking within the operational area. The recordings are also checked to determine whether the lane has been used in mitigating circumstances, i.e. to make way for emergency services to pass through.

If you’re caught on CCTV using the bus lane when you’re not meant to be, you will be liable to pay a penalty charge notice. The PCN will be sent to the vehicle’s keeper containing details of contravention, vehicle information and photographic evidence. This charge will vary depending on where in the country you are.